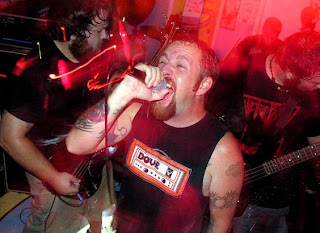 Photo by Jana Miller
If there is one band in the world that has managed to seamlessly merge black metal, sludge, doom metal and drone I would have to concede to Thee Kvlt Ov (((Øurøbørøs. This Florida horde brings the best parts of all these subgenres together in a neat little package. The vocals would be comfortably at home in the most vile, malevolent sludge band while screaming bloodied lungs out atop a glacier in a frostbitten black metal band. A pounding rhythm section pulls the sludgey menace along like it weighs a megaton (which it does), hammering out at a rate slower than the blackest ov metal yet faster than your regular doom band. Thee Kvlt is so damn heavy they don’t even need guitars. Or rather, they’re so damn heavy because of forsaking guitars altogether in favour of a double bass guitar attack!
Don’t look at me like that, I too was skeptical after having heard a couple of bass-only bands in my time. The result of which is often just too noisey and fuzzy to garner any real enjoyment out of it. I now realise that those bands were horrifically sub-par. The use of bass here could fool the casual listener into thinking there’s a very downtuned guitar in this nutritious sludge soup, but musically these guys are just plain on top of their game. Riffs are as flamboyant, melodic and complex as any guitar-led band and this bass-heavy sound forms a perfect sonic metaphor for the rumbling hooves of the apocalypse. I’ve uploaded their debut EP, Blvd and the follow up demo, Demo 2007 – Rehearsalis Megatherion for your delectation, the latter of which has a more drone/doom orientated sound with a few blackened sludge chops.
Plus, Blvd closes with a vastly superior cover of Blve Öyster Kvlt’s (see what I did there?) Godzilla. Your dad may disagree however. How could you not download this!? 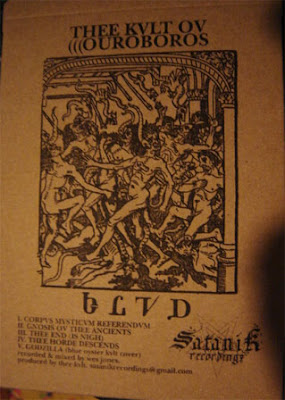 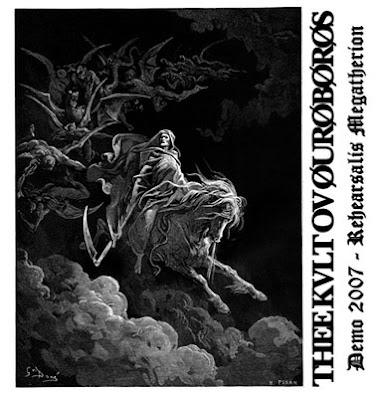