In a genre which prides itself on confrontation with the mainstream, rejecting received values and staunch anti-commercialism, the recent spate of focus on Black Metal has definitely sat uneasily with some fans.  You can scarcely move without someone shouting “HIPSTER BLACK METAL” at a band they perceive to be too popular to be credible.  This largely stems from Black Metal being a genre which people project their own views and values onto, and then complain when something called Black Metal seems to differ from their view of what it should be.  Nothing can be too kvlt for the elitists, so we shall leave them alone to their isolation.  We’re going to go and appreciate the music aren’t we.
AREN’T WE. 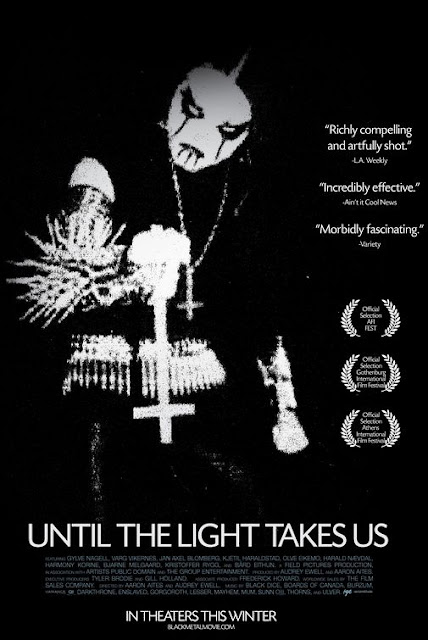 Until The Light Takes Us is the biggest exploration into the history and workings of the genre to date.  Featuring interviews with some of the most notorious members of the early Norwegian scene and documenting the impact that the music had.
This is essential viewing for beginners and elitists alike.  The starting point of a movement, alarmist propoganda put to rest and an alarming portrayal of the natural extension of a grim philosophy.

There are a smattering of UK screenings, tickets to which will probably go fast, so snatch them up before seats are wasted and filled with someone with no particular interest in Black Metal who wants to review the film as some kind of cultural oddity on their second rate blog that noone reads anyway.

I will be at the Birmingham screening.  I’ll be the one looking deep and misanthropic.

And now a treat for the elitists: hipsters 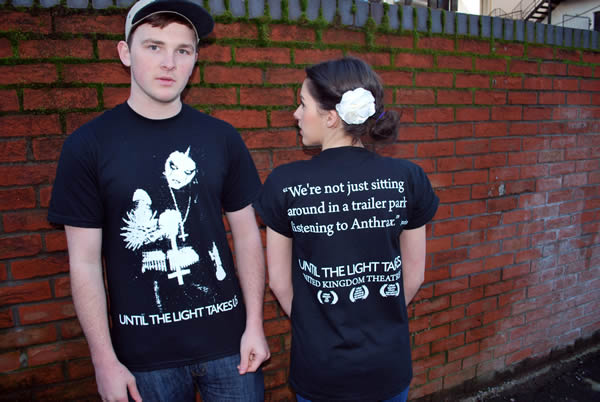