I’m going to lower the tone here and divulge my web surfing habits. When there is nothing to do (that’s most of the time) I unfortunately browse the infamous 4chan, mainly the music (/mu/) and videogame (/v/) boards. The denizens of /mu/, also known as /mu/tants, commonly play little circle jerk games, posting their last.fm pages in the hope of finding ‘super’ and ‘high’ compatibility with other users. Occasionally I post my own, safe in the knowledge that on a forum saturated with indie douches, Pitchfork worshippers and fourteen year olds, my results will come back as ‘very low’ 9.9 times out of 10.

So I was surprised to find a random American guy hollering in my shoutbox that we had ‘super’ compatibility and that he had sent me two free records that he wanted me to feature on Lurker. It soon became apparent that this American guy was Jarad, vocalist of Bad Actor, one of the bands included in my digital gift. I’m somewhat dubious about checking out bands that use last.fm to promote their material, mainly due to the amount of terrible bedroom black metal bands that plea for attention on the pages of superior artists but I dutifully downloaded the files and proceeded to find out all I could about Bad Actor. 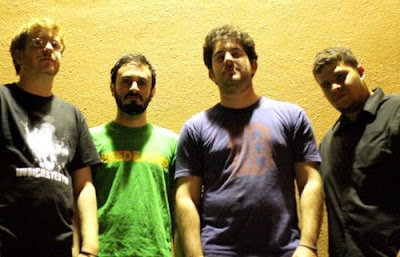 Four portly, nerdy dudes gazed at me from their artist page, with no distinctive image to behold. ‘Cool,’ I thought, ‘I’d probably hang out with these guys.’ On checking the shoutbox I was greeted by waves of ‘channers’ from various chans, including the stoner’s favourite, 420chan, all singing the praises of Bad Actor. To be honest, I was warming to them before I had even heard the music. I politely reminded Jarad that the only criteria to appear on Lurker is to be fucking awesome, and that I hoped the music would meet our stringent quality tests.
Though unsigned, Orlando based Bad Actor have valiantly self-released their debut LP, Portrait of Finality and have been passing it left, right and centre for the grand sum of zero as all decent unsigned bands should. On my first listening of the record I almost immediately believed I had heard this kind of music before, multiple times. The slow burning opener, The Kracken of Normandy, utilises the jangly, apocalyptic acoustic guitars that we’ve become familiar with through releases by Mastodon and Baroness, and I was ready to write Bad Actor off as another imitator. I was forcibly made to eat my words after the brief sludge/acoustic intro was over. The tempo picks up without warning, diving into a palm-muted flurry of virtuous riffing which, to my surprise, reminded me heavily of Symbolic-era Death.
Bad Actor are more than your standard sludge/doom fare, and it may even be unfair to label them such. Portrait of Finality is a progressive and ambitious record that not once comes up for a breath. Once you’ve pressed play, you’re in it for the duration as well. When Bad Actor aren’t smashing your face in with intensely heavy, downtuned riffs, there are brief moments of progged out beauty with soaring lead guitar melodies like the intros of A Man of Ideas and Shaking Hands Through Doorways. But these sections are fleeting and always culminate in another brutalising at the hands of strange time signatures and brilliantly consistent vocals. These shrieks, screams and bellows are wreathed in malevolence and a will to terrify the listener that puts Eyehategod to shame.
For a self-acclaimed sludge metal band, the pace of the entire album is relatively up-beat. Actually, let’s not beat around the bush here. This is a very fast album, several times my ears caught hold of a blast beat. The speed is used in an intelligent counterpoint with the slower sections granting the album a flow that refuses to stale. If you’ve always wanted to hear an effective splicing of sludge, death and progressive metal, Bad Actor are most definitely for you. They WILL be signed so get in early, you have been warned! They’re also due to support Eyehategod at Backbooth in Orlando on June 3rd in what looks to be a great show: Khann, Withered and Six Dead Horses (featuring soon) are also billed, so hit the Bad Actor myspace to request tickets. 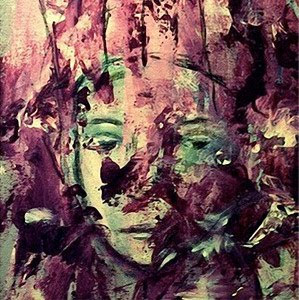 1. The Kracken of Normandy
2. Sinister Smoke and Smolder
3. Through the Blue
4. A Man of Ideas
5. Shaking Hands Through Doorways
6. Searching for Serenity
7. Oleg
8. As Meredith Explodes
9. Triangular Room
10. Ralos
Bad Actor – Portrait of Finality (direct from band)
death metalprogressive metalsludge