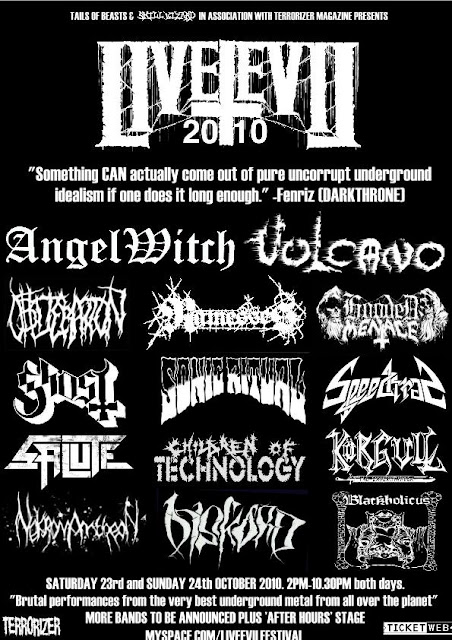 We’re just being spoilt in terms of festival brilliance in the UK this year. First, Capsule announced they were placing Swans as the headliners at Birmingham’s Supersonic. We smiled and nodded our heads. A week or so later, Godspeed You! Black Emperor were confirmed as curators for All Tomorrow’s Parties. We shouted expletives and shook our heads in disbelief. Now yet another mandatory festival has fallen under the Lurker radar: LIVE EVIL 2010, a swarth of the best underground metal hand-picked by metal’s saviour himself, Fenriz.

The dilemma is that Supersonic’s dates have been shifted forward to clash with Live Evil. Faced with the rarity of a Swans appearance in one hand, and two days of pure heavy metal thunder in the other… what do we do?