I might be slightly behind on this one, but whatever. There are simply too many high quality bands to keep tabs on these days. Underground warrior record label, Debemur Morti, has recently announced their intent to re-unleash the classic Blut Aus Nord albums, Ultima Thulée on vinyl and The Mystical Beast of Rebellion on double CD and double LP. The latter features brand new artwork and liner notes to pave the way for the coming sequel album that the band have been working on recently. 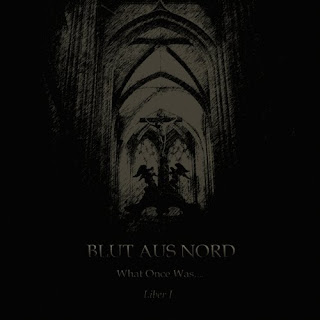 Blut Aus Nord are also set to release a vinyl only record entitled What Once Was: Liber I, a conceptual piece ‘dedicated to a very pure approach to Black Metal.’ As usual information is little but Debemur Morti have hinted ‘”Liber I” will get you started with a dark, obscure and evil atmosphere. The result is without compromise … primitive, harmful and bestial.’ Bring it.

In even more BAN related news, Vindsval is also working on new experimental project called 777. The debut album will be seeing a spring release, which Debemur Morti quaintly describes as ‘a putrescent and monochromatic aural universe composed of bleak pessimism, disharmony and human failure.’ What more do I need to say? Whenever Vindsval is on the warpath, everyone pays attention. Expect great things to come from the Blut Aus Nord camp this year.