Straddling the border between music and noise, Oren Ambarchi’s seemingly endless lengths of wire, series of pedals and banks of effects loop out in giant arcs across both space and metaphors, as something like the large hadron collider of sound.  Breaking music down into discrete elements, purifying them and warping them in a vacuum, then sending them crashing back into each other, sending often unexpected particles whizzing off, crashing unashamedly into everything around.

Oren Ambarchi has a had a prolific yet modest career in world of outsider music, as the poster boy for the fantastic Touch Records, collaborator with groups ranging from shaman drum fancier Z’EV to  thuper cereal doom t-shirt vendors Sunn O))).  Whilst his collaborations have without doubt earned him the most attention, it is his solo outings where his understated and meticulous sound shines through.

Intermission is a collection of tracks from scarcer vinyl releases and compilations. 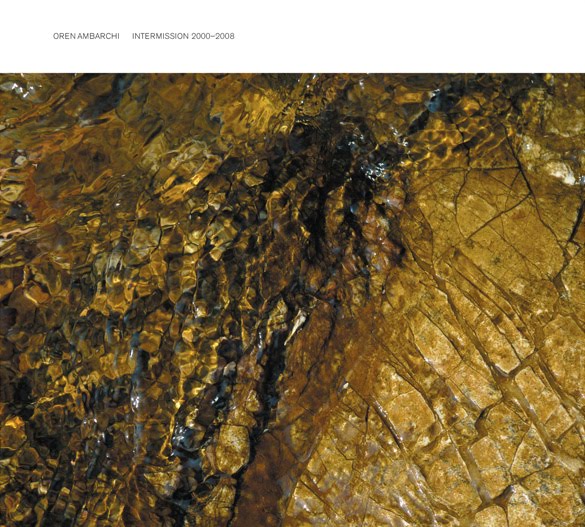 I’ve come across a live recording (as a wav file.  Seriously.  I converted into an MP3 though for slightly less fail.) of an Oren set from the Supersonic Festival in 2008.  I was lucky enough to be there: his sets are truly something to behold, and whilst the recoding I am offering up here is a great document, it doesn’t capture the intriguing visuals, the enigmatic performance, the sound reverberating all around you.  If you get a chance, go and see him live and be very still and very quiet.