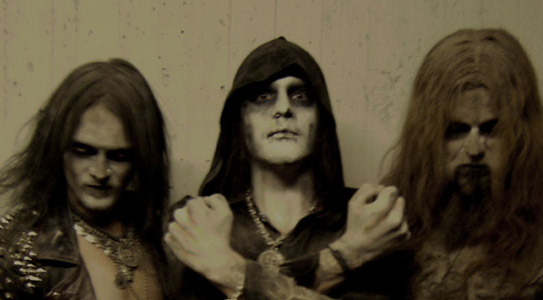 The Black Metal goon patrol has been all over this like a rash for some time now, but seeing as Bile recently posted the mouthwatering details for Watain’s imminent new album, Lawless Darkness, it only seems fair that we give you a taste of what to expect from Sweden’s finest. The CD not only features a new song, but also a faithful rendition of Bathory’s The Return of Darkness and Evil recorded exclusively for Sweden Rock Magazine subscribers.
Reaping Death is a rip-roaring blasterpiece from the onset. Utterly pummelling double-bass pedals and searing guitar solos set the scene for Watain’s rabid and chaotic take on ‘orthodox’ Black Metal. If this is a representative sample of Lawless Darkness, then Watain have really upped their game since Sworn To The Dark: more forceful, heavy, thrashing and frightening than ever before. The ‘rebirth of Black Metal’ though? It just sounds like more Watain to me.
The vinyl version of the EP is released on April 30th, through Season Of Mist on 7″ picture vinyl with an insert and sticker. This version will feature a cover of Death SS’ Chains of Death in place of the Bathory track. Lawless Darkness drops on June 7th. 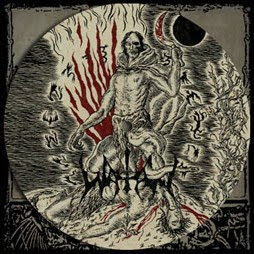