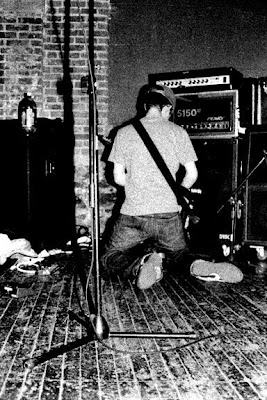 New York-based Wrath Of The Weak has finally announced that album number three is on its way. Alogon was a colourful mix of both Velvet Cacoon and Ildjarn flavours, but sole member ‘J’ describes his current work as a distinct departure from this sound. Not surprising seeing as last year’s EP, Persse, was essentially devoid of black metal stylings, leaning towards a more drone-esque discipline. But do not despair, followers of the Left Hand Path! Here it is straight from the horse’s mouth:
“..so after three years of laziness and aborted attempts at album #3, I’m back in the saddle and assembling new music. Normally I wouldn’t post premature updates like this, but I figure if I tell enough people that I’m working on new music then it’ll come true.
I only have about 20-30 minutes of material that’s instantly usable at the moment, but it’s shaping up to be a slightly different trip than “Alogon” was. Without spoiling anything, I can say it’ll be notably mellower and maybe even a bit warmer? Black metal for a summer sunset, I suppose.”
Sounds intriguing. In that case, let’s hope the weather is still good by the time it’s released.
ambientblack metal