I have to say, I love my mythologies. There’s something enchanting about the way our ancestors perceived their world. Reverence for nature and the physical surroundings was all they had to go on in their formative philosophies and theology. There was no need to dream up a lone bearded man in the sky, monitoring our every action and casting down thunderbolts whenever we displeased him. Such a suggestion was likely met with thunderous laughter in oaken halls when Christianity unfortunately caught on. Instead, natural phenomena were observed, anthropomorphised and augmented with human thoughts and emotions to explain the seasons, harvests and how the world worked in what was undoubtedly humanity’s first step along the road to science. What’s more, it was done with imagination and finesse. No meek and mild sons of a flawless god. The European pagan gods of yore were badasses and warriors, each as fallible as their mortal counterparts. Guardian animal spirits roamed the forests and were venerated due to the belief that mankind’s survival was inextricable from the earth. 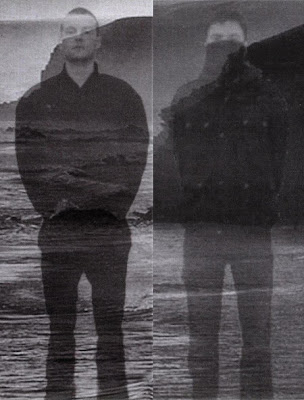 Lascowiec, as the Encyclopedia Mythica puts it, “is a Slavic wood-spirit that protects wild animals. He is called the ‘master of wolves’ by eastern and southern Slavs. He is portrayed as a wolf or stag, riding on a wolf. The Czechs call him Borowiec.” It is also the title of a damned good black metal band.
Lascowiec hail from the sunny shores of , though you’d be hard pressed to match this location with their sound. Despite the obvious distance from the dense Slavic forests of , through the material displayed on Asgard Mysteries, Lascowiec transport you there via the mind’s eye. This is mostly due to the clear Blazebirth Hall influence that runs throughout their work, a noisy and lo-fi style of black metal, heavily localised to the Russian scene. Asgard Mysteries is a compilation featuring the first two demos, Gesamkunstwerk and Gunshots Ring Out Over Vinland Streets, with the addition of four songs specific to the release. The ghosts of and Branikald scream out between every chord, but in the best possible way. Since the Blazebirth Hall thoroughbred has long died out it’s just nice to have a band that can do the style justice on par with these brilliant originators.

And that they do. Despite the modern electric methods of generating heavy metal music, Lascowiec manage to sound wholly ancient and archaic. It’s as if the hoary, disfigured folk melodies are being channelled from a period of great antiquity, when gods meddled in the matters of men and the great Jörmungandr circled Midgard. The sheer rawness of the recording only emphasises this atmosphere; lo-fi production techniques as a metaphor for the layers of primordial dust that has clung to Lascowiec’s sound. This is hypnotising and beautiful raw black metal. Give it the right time of day and you will be sucked in.