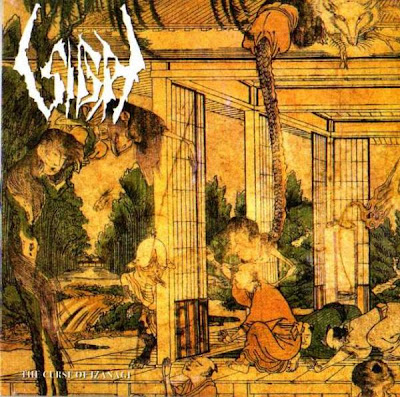 Sigh have a new 7″EP available through Primitive Reaction for the tidy sum of 7€. Strictly limited to 500 copies, you’d better hurry if you want to own these. The EP itself includes 4 unreleased tracks spanning the last 10 or so years of Sigh’s career, from tribute tracks for Coltrane to Venom cover songs.

1. The Curse of Izanagi
Re-recorded in 2007 with the current line-up.

3. Spiritual
Recorded for John Coltrane tribute in 2002. The tribute was never released.