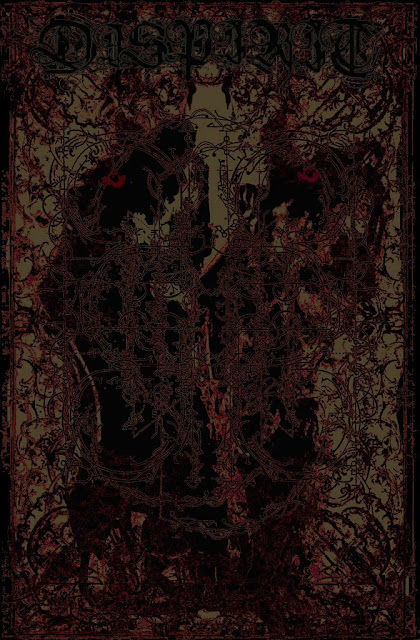 When trawling the depths of the internet’s many black metal communities, I am frequently shocked by the complete lack of respect some people afford to Weakling nowadays. It seems that they are often portrayed as scapegoats for what some black metal fans deem an undesirable element entering the scene. Dead As Dreams was one of my earlier black metal experiences, and has remained a true favourite to this day. For me, Weakling nailed the howling, frozen sound of earlier acts but on a much larger scale. Up until then the only black metal band I knew with such a massive sound was Emperor. Weakling distanced themselves from the symphonic pomp element and made black metal of an epic scope that was gritty, darker and ready for the battlefield.

Which is why this demo is exciting for me. After Weakling’s demise, everyone wondered where mastermind John Gossard would take his music next. Of course there was the unique avant-doom of The Gault, but this never set my imagination on fire like Weakling did. Asunder, also dead and buried, could stand up to the most towering denizens of the funeral doom community in its day. But if you, like me, are still hungering for Gossard’s return to the sprawling black metal chaos then look no further than his latest project, Dispirit.

Dispirit formed in 2007 and it’s not hard to see why the band took their time with recording. These pieces are loooooong: two tracks, 18:52 and 12:23. Unless your thrills have to come thick and fast then perhaps don’t bother, but the musical territory covered is more than varied enough to  hook the attentive listener.

Several things are immediately evident from the opening of Ixtab’s Lure. The funeral doom aesthetics have crossed over as Dispirit is far more sombre and cavernous than Gossard’s previous work. Yet when the vocals finally seep in through the doom and gloom, in contrast to Weakling’s panicked yelps they are direct and malevolent. Proceedings are dragged out and painful but the atmosphere is thick with an occult feeling that will fascinate. This theme continues when it breaks into a beautiful psychedelic respite with droning, ritualistic vocals. But past the ten minute mark the music becomes much more dynamic, blazing through blastbeat batteries, dissonance, melody, soaring guitar solos and fucking great riffs.

Bitumen Amnii is more immediate with intriguing time-signatures and guitar work reminiscent of Ved Buens Ende. The melodic vocals are utilised again and I’m beginning to think (on my fourth listen) that they are a particularly great aspect of Dispirit. At its most brutal, the piece harks back to Deathspell’s earliest aggressive and angular efforts, but there is simply no point in a running commentary of these songs. They are amorphous and always shifting through styles and influences. These words will suffice: DOOM, FUNERAL, BLACK, ATMOSPHERIC, METAL. But damn this song ends on a high.

I am very fucking excited. Judging from what this rehearsal shows, future output from Dispirit has the potential to topple Weakling in terms of quality. Considering how fertile the contemporary black scene is in 2010, Dispirit’s time is now. So let’s hope they get that far.