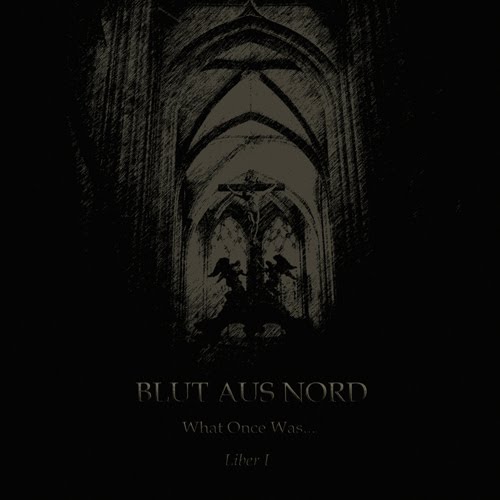 Back in April we announced the news that Blut Aus Nord were undertaking a vinyl-only series for the exceptional Debemur Morti Productions. Lurker are very excited to remind you that the first episode of the What Once Was… saga is now available:
“Trailblazing Blut Aus Nord is ready to transmit a deadly new virus, injecting the exposed vein with a potent cocktail of dizzying virulence and urban decay. ‘What Once Was’ constitutes an epitaph for the past; a headstone for the present; and a funeral of the future. With a cheeky sidestep – nodding appreciatively in the direction of old school Death Metal whilst maintaining Blut Aus Nord’s own trademark take on Black Metal – the French mavericks bare a previously-undisclosed visage. This release will be “Liber 1″, the first in a series of intriguing, raw and primitive releases running parallel to their main body of work. But it’s still Blut Aus Nord! A turbulent excursion along some crumbling, loathsome highway, where every pale, trembling breath is accompanied by the painful reality of existence: a living daymare. Dynamic, multi-textural, barely-controlled bedlam; man and machine in total disarray. Visionary. Redefining. Transcending all boundaries. The storm before the calm. What once was has ceased to be … as all things shall come to pass … forever … nevermore.”
Sounds incredible. Go get!
black metal