Norwegian painter (1831 – 1892) who specialised in motifs of Norse mythology and history. His most celebrated work is the Åsgårdsreien (1872), a depiction of the ‘Wild Hunt’, a prevalent fixture of ancient European folklore. 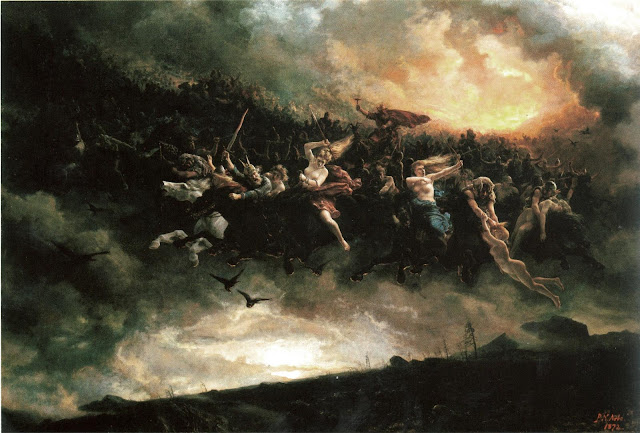 Åsgårdsreien – Odin can be seen leading the horde on his 8-legged horse, Sleipnir. Thor is in the centre holding Mjöllnir aloft. 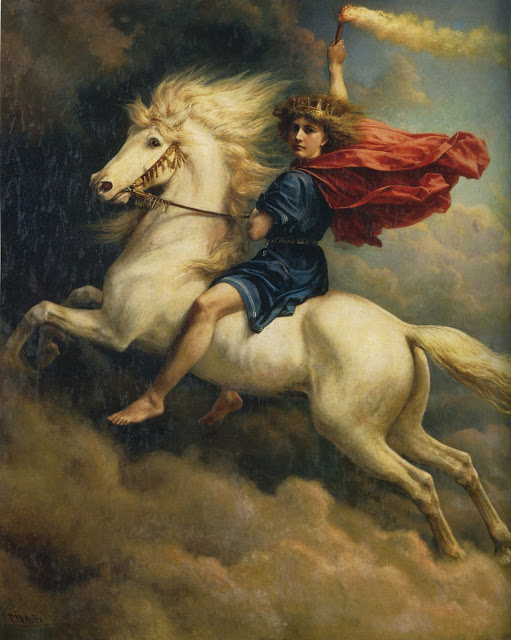 Dagr – The Norse personification of ‘day’ on the steed, Skinfaxi (shining mane), first appearing in the Poetic Edda and the Prose Edda of the 13th century. 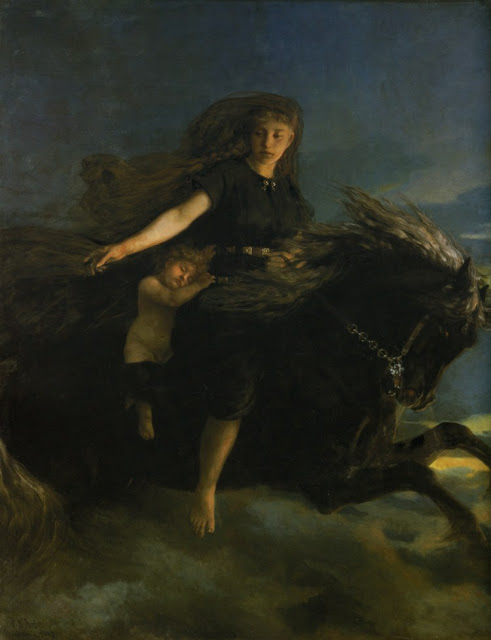 Likewise, Nótt is the personification of ‘night’ and mother of Dagr. She rides Hrímfaxi (frost mane). 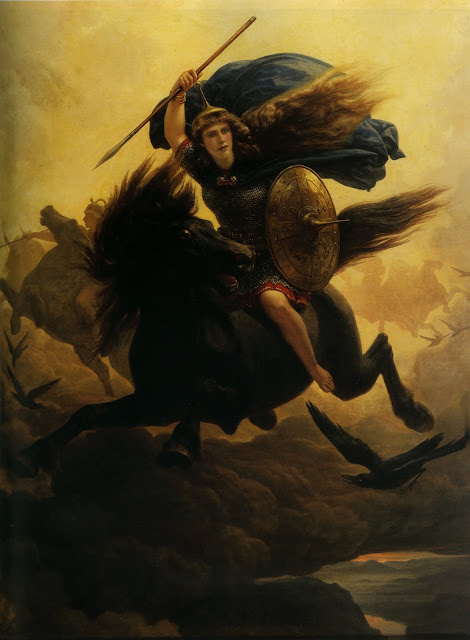 Valkyrie – Valkyries were female figures who chose which warriors were to fall during battle. 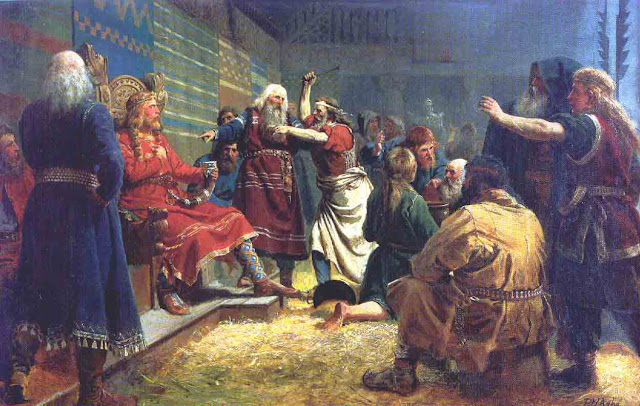 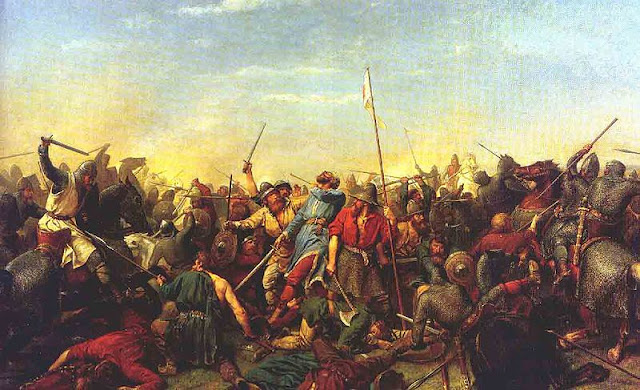 Battle of – Where our glorious ancestors slaughtered the Norse horde, only to be conquered by the a month later at , 1066.
art