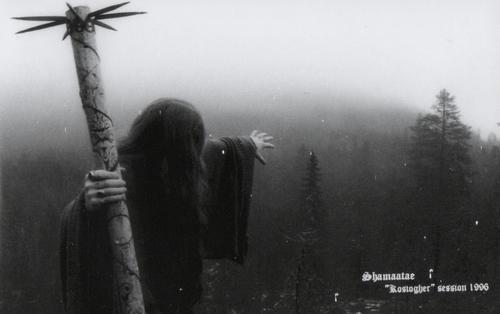 Arckanum, one of Sweden’s finest examples of black metal and Shamaatae’s conduit for his chaos-gnostic ideals, recently made the transition from Debemur Morti Productions to Sweden’s Regain Records. The latest band to join the venerable line of Regain’s roster, Arckanum is in good company with acts such as Marduk, Gorgoroth, Grave and Enthroned. No doubt fans of Arckanum’s early raw and lo-fi sound that was abandoned on 2009’s ÞÞÞÞÞÞÞÞÞÞÞ will have something to say about the label change, but Shamaatae has announced a new full-length is already on its way:
“The new Arckanum album ”Sviga Læ” is now being recorded. The album is a dedication to Surtr; Giant and Ruler of the world of flames Múspellzheimr, and Loki; the Flaming Giant and Archenemy of the worlds. ”Sviga Læ” is a manifestation of the blazing Chaos and the burning of the gods.”
black metal