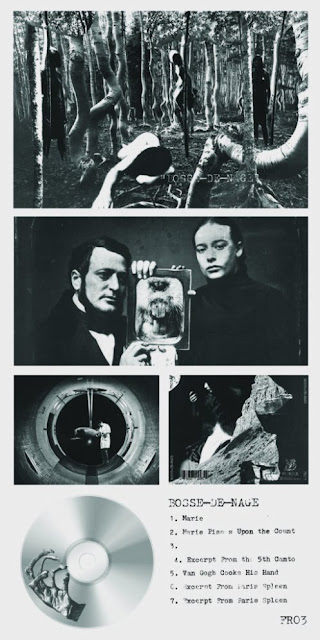 Another release from Flenser Records continues to mark them out as a label to watch. Previous efforts include Panopticon’s second album, Collapse (with an exclusive to Flenser appearance from The Baron of Amebix), and the aforementioned Ghast. Now for those of you who have been waiting with baited breath for San Francisco’s cryptic Bosse-de-Nage to resurface, their self-titled debut is also available in either a package with Ghast or as a standalone order. Head over to the Flenser Store to secure your copy:


We, the Flenser, feel that we have no choice but to finally give this masterpiece its proper release. Finally, the self-titled full-length debut by Bosse-de-Nage is available in its finest form to date. This CD release is the first time that these tracks are available in the sound quality that they were intended to be and is housed in artwork created by the band and printed on quality linen paper stock.”

Plus, Flenser Records are also holding a sale at the moment so you really have no excuse. Unless you’re dirt poor like me of course.