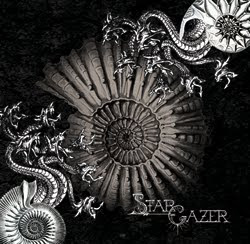 Stargazer have been a permanent fixture of Australian death metal since their formation in 1995.  Alongside contemporaries Portal, Mournful Congregation and Cauldron Black Ram, this fertile scene continues to push the genre into the beyond.
Profound Lore announced yesterday that Stargazer have finally completed the follow-up to their highly acclaimed 2006 album, The Scream That Tore The Sky. Titled A Great Work Of Ages, it’s slated for a late August release.
An MP3 of the album’s second track, Passing Stone – Into The Greater Sun can be heard in full here. Expect more challenging and progressive death metal with a sharpened black/thrash edge. Fuck yeah.
death metal