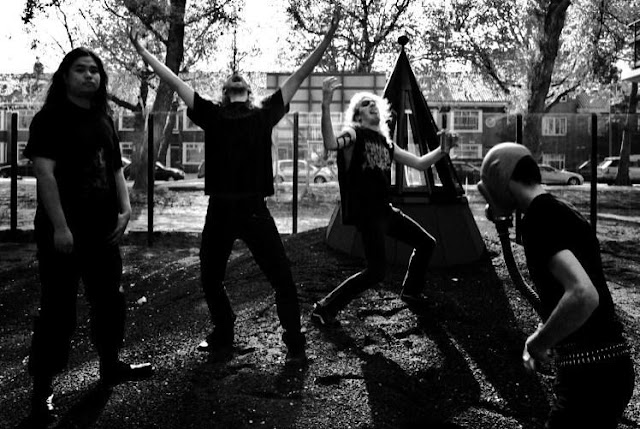 Lurker is being spoilt in regard to the amount of death metal we’re being sent. And good death metal as well. As in pant-shittingly scary death metal. Last month we were treated to the unstoppable death/grind of Dethroned Emperor and the oppressive gloom of Anhedonist. July opens with a release from the Netherland’s Primal Order.

Amsterdamned (as the band refer to it) is hardly at the epicentre as far as its contributions to death metal are concerned but Primal Order are determined stand against this. Dissatisfied with the state of heavy music in their locality, Primal Order was born from the ashes of several other metal bands when a joint obsession for riff-heavy old school death metal became clear.

Obsession is right. Death metal can too often come off as weak and amateurish outside the established bands but from the first spin of the debut album, Conform, it’s obvious that Primal Order live and breath death metal in its purist form. Their interpretation of the most brutal and technical musical expression is spot on, adhering to all preconceived notions of what decent death metal should be without sounding stale or tired. There’s a great emphasis on bludgeoning riffs and arrangements making the album a catchy yet unpredictable experience, kept consistently terrifying through sudden and frequent shifts in assault.

Opening track The Conqueror is the longest on the album and serves as a perfect introduction. Although 8 minutes is relatively long for your average slab of death metal, it grabs you by the face and force feeds you a fantastic Death Metal 101 of driving guitars and impeccably tight drumming. Riffs at times nod towards the quasi-oriental sound championed by Nile straight through to the burdensome ugliness of Incantation. It’s this dedication to filth and squalor that Primal Order excel in; all too many modern death metal bands are bogged down in technical wankery as if the true mission of the music has been abandoned. While Primal Order display a fine-tuned technique, not once does it descend into self-indulgence. Instead their ability is merely a sharpened and primitive tool with the sole intent of causing as much damage to the listener as possible. Like I said, this is good death metal. Vocals too derivative for you? Fuck off! Primal Order’s guttural roars are impressive and can change the whole tone of a passage by shifting into a higher black metal-esque register with ease.

Along with contemporary pioneers Dead Congregation, Vanhelgd and many others, Primal Order is assisting in the necromantic rituals of resurrecting an all but extinct form of death metal. The “New Wave of Old School Death Metal” is bullshit. This style should never fallen from grace and I’m glad that some dedicated warriors are working to return death metal to its original foul, rotten glory. Conform is a triumph. 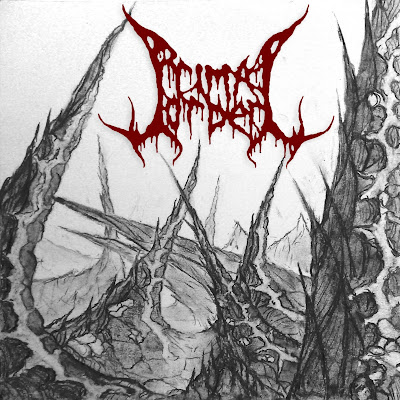