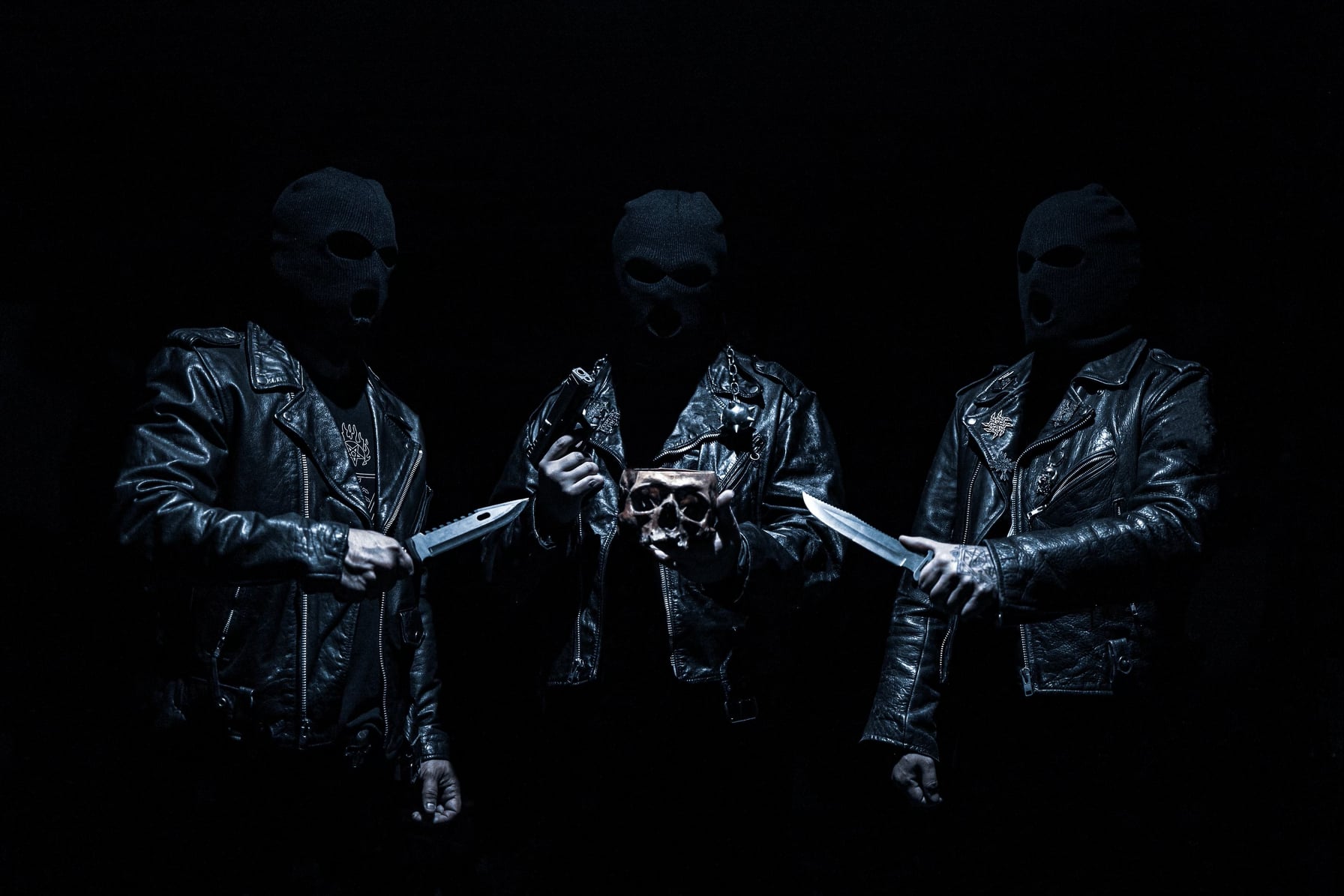 Jesus fuckin’ Christ. Ever noticed how Black Metal sounds like a sharp knife and Death Metal like a fat, dumb sledgehammer? Ever heard Black Metal that has actually cut your flesh, or sounds like it could? This is the purest, more downright anti-melodic piece of Satanic Black Metal I’ve ever come across. After a lackluster Intro of gunshots, raid warnings and human screams comes a wall of treble that ebbs and flows over the next few tracks as we are treated to barely audible, Ildjarn like convocations that have pretty fucking killer atmosphere. There are elements of doom, bestial, raw death metal and (obviously) noise that come as frequently as the interchange of low end bass rumbles and high end guitar shrieks.
The release is a compilation of demo material, so production values vary between tracks, and so does the overall effect of the music. Not recommended for the non-elite amongst you. Released as vinyl without any sleeve (or artwork for that matter), instead including a CD and razor so you can either pentagram your forehead or cut your ears off for listening to this. This is so aggressively sharp and unconventionally (yes, even by black metals standards) produced. Think of our recurrent love for raw, old school death metal in the vein of Teitanblood and Antediluvian, but focused on spreading the congealed, manifest word of satan. 2nd pressing currently accepting pre-orders over at Satanic Skinhead Propaganda.
Not sure if want?
black metal