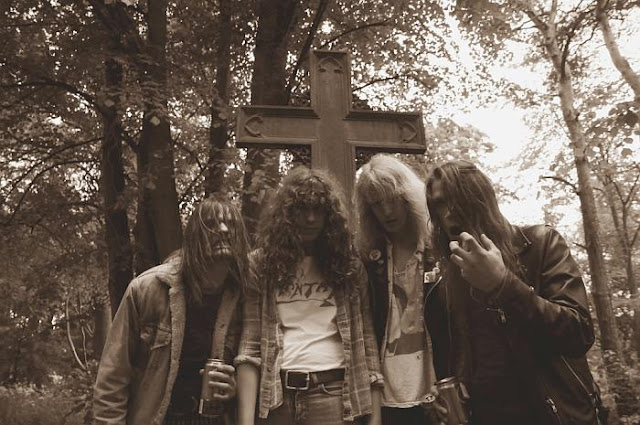 Sweden’s masterful Morbus Chron are to release a pre-album EP in September through Detest Records. The awesomely titled Creepy Creeping Creeps nods towards the band’s great sense of humour and approach to death metal that continues to shine through in every interview they do. There’s a brief sample of what to expect from the ‘Chron up on their myspace, leaning in a more melodic and technical direction than previous effort, Splendour of Disease. Death, Autopsy and Morbid Angel sounds abound… Never a bad thing!
Coming up on Detest for 2010/2011: 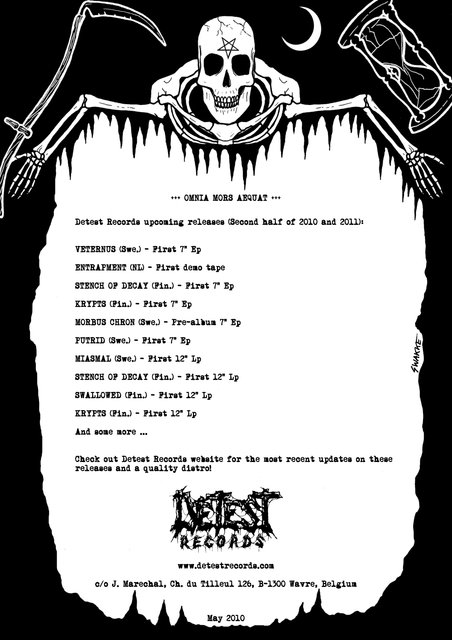