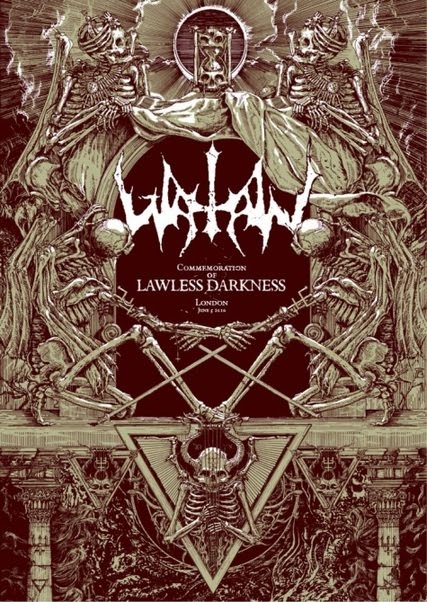 Right. Not quite sure what to make of this, but Watain have been lords of the publicity stunt since Lawless Darkness. First they claimed their fifth full-length was the ‘rebirth of black metal’. It was definitely a good record but I remain unconvinced on that one. Then there was the whole ‘Watain Black Metal Militia’ thing which I have no problem with… but they seem to be taking to their new-found superstardom like a crucifix to a possessed vagina. I just found out that Watain approached NY print and design company, Metastasiz, to print 111 copies of the above poster in human blood from the designer and one Watain fan. While Bielak’s art is stunning to say the least, is it me or is this fucking retarded?