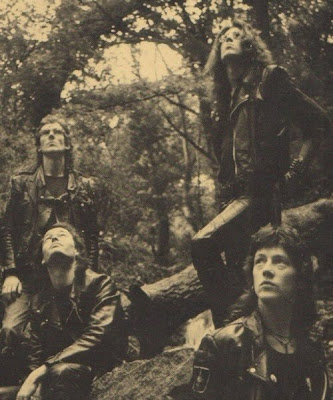 Name drop Amebix and some ears are bound to prick up. Many modern extreme metal luminaries have done so (Neurosis often cite the band as a basis for their early sound), gradually building the long-deceased crust forerunners into some kind of British national treasure. Although Amebix released their first full-length, Arise!, a whole two years before both the wretched Lurkers were spawned, in recent times their profile has forcibly returned to heavy metal consciousness. Perhaps royalty cheques have dried up (though I doubt they ever amounted to much), or maybe the anarchic punk-metal trio are willing to use their new-found relevance as a foothold for further musical excursions. Either way Amebix have ended 23 years of silence with a new EP, Redux, on Profane Existence.
It must be made clear first of all that this is not new material, as long-time followers of the band may be disappointed to hear. Instead, as the title implies, it is a re-recording of a few of Amebix’s violent and thrashy crowd-pleasers, ‘Arise’, ‘Winter’, ‘Chain Reaction’, and a live rendition of ‘Progress?’ as a preview for the forthcoming live album/DVD release. The reworking of these songs is a double-edged sword for Amebix but I can understand why they’ve decided on this path. No doubt decades of inactivity have rendered the band rusty at best, and what better a way to get back into the groove of working with old comrades than to revisit old material? It’s also the perfect way of testing the water with new generations of potential fans; the dated recording method and sound of the original songs as perhaps too much to stomach for some. 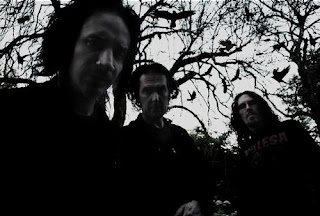 But ‘dated’ is where the other side of that proverbial sword swings in. There is part of me that believes Amebix could’ve been reborn with much more potency if they had shown us what the new incarnation was capable of! To return with some rip-roaring new songs would have forced all eyes and ears in their direction. However, as mentioned before, any band reuniting with the respect that’s afforded to Amebix don’t need shock tactics to get legions of punks and metalheads to pay attention. Even though you’ll be switching between the originals and Redux, the reworked songs sound great; there’s far more punch, layers, clarity and pace to them that will make the eyes of older fans glaze over.
Rob “The Baron” Miller’s vocals have a welcome new causticity to them, screeching through the anarcho-punk shouts of old, to moans and groans of a certain death/black metal stylistic edge. Both guitar and bass now sound thick and raw, thankfully so as the old recordings just sound… well, shit in comparison. ‘Chain Reaction’ in particular sees marked improvement on its former self, bolstered by a layer of  forboding ambience beneath. The drums are also of a much tighter and higher standard this time round across all the tracks. Generally speaking this is a solid release from one of few bands that have rightfully earned the epithet, legendary. Unfortunately it’s nothing new, but Redux should be seen as a reintroduction and an acknowledgement of an impending full-blown return as opposed to a standalone EP. New and old fans alike may find something to be excited about, a new album is in the works with a hopeful release for later in the year. 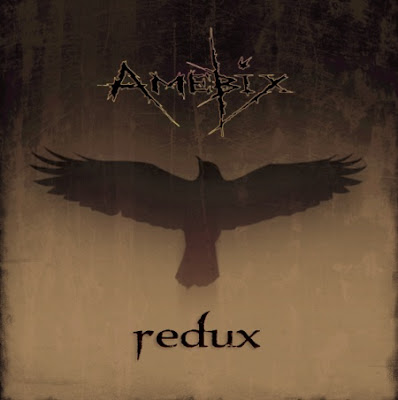