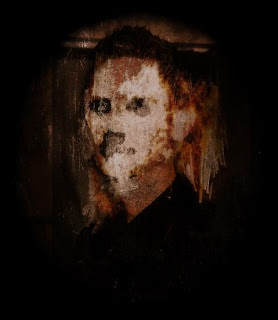 Solo musicians floundering in the ether, pay attention; a death cinematic represents both a pioneer and paragon example of an artist who has chosen to go it completely alone. Years of experimentation holed up in an attic with only loops, noise and drones for company has culminated in beautiful, abrasive soundscapes that evoke thoughts of Silvester Anfang as much as Stars of the Lid. No names, no faces, no locations: All this is detritus to the overarching message of the project. The prolific creative force behind these cumbersome yet erudite compositions is also the mind behind Simple Box Construction, a vehicle strictly reserved for the output of a death cinematic, producing beautifully austere packaging for each release. So sit down, grab a cup of tea and bury your nose in this true DIY 101. All work displayed is by a death cinematic.


How and when did a death cinematic come into being?


a death cinematic came into being in the fall of  2007. As to how, I was messing around with the guitar, amp and effects; recording onto a loop station. Just trying to get ideas down fast and raw and shortly after that I borrowed a cassette four track from a friend and started experimenting with that.

What influences, musical or otherwise, coalesce in a death cinematic?


Musical influences range from Nick Cave to Slayer to John Coltrane. Old time delta blues, Johnny Cash and underground metal, noise, ambient, drone stuff. Other influences include books from fiction writers like Cormac McCarthy and Larry Brown, poetry from Bukowski to Baudelaire and Czeslaw Milosz. I also enjoy books about quantum physics; aesthetic philosophy and theory; linguistics; and eastern philosophy. I am very interested in films, visual arts and photography. Each category has my specific favourites though the list can be quite long. 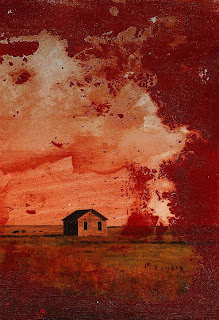 I see a death cinematic as a gorgeous merging of free-folk with noise and drone, and as a result the music you create is unbound and meandering. What process do you go through when composing? Does it begin with an idea of the flow of each piece or do they grow naturally through improvisation?

The music is meandering and I suppose that is indicative of the search for sound and melody through improvisation. Sometimes I have ideas for the music and sometimes I just improvise with intuition as the only guide. Nothing is really planned out to the point where I know what the finished track will sound like. I like to keep it a little vague at the outset and let the idea kind of grow and  follow its own direction. It is a bit of a balancing act, I try to guide and push it into a specific theme but I want it to get there on its own instead of forcing the sound.

What effects and pedals are utilised to create your sound?

The effects and pedals that I use vary from delay pedals to several different distortion stomp boxes. Specifically, I use an old MXR distortion pedal, a Big Muff Pi, a Boss octave pedal, a loop station and some other odds and ends. I also use a volume and a wah pedal. This all goes through a modeling amp that gives me a lot of different tones and sounds with a huge number of adjustable parameters.

How do you record your work? 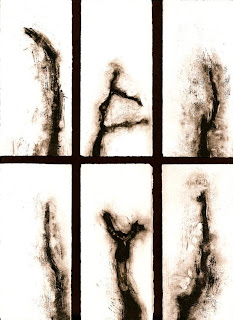 I now record my work on a digital 8 track but until recently I was using a borrowed four track. I used to do all my recording in the attic of the place I used to live but now that I have moved I am setting up a studio in the basement. I do everything myself and I try to get it all down in one take per individual track. Obviously I do a lot of multi-tracking in my recordings. I usually start with an initial track or an idea and then I build and layer around that.

The song and album titles are often quite long and striking. Do they bear some relationship to how each release sounds? Like on the full-length, Epochs Shifting Out of Time, the song titles suggest a narrative. Would you agree?


I would totally agree. The relationship between the titles, the narrative they suggest, and the recordings is very much intentional. The albums are very much concept albums. It is a little tricky to have the individual songs stand up on their own as they feel as if part of a larger context… That they are a part of and support a larger idea. 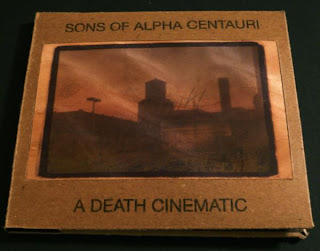 
Simple Box Construction is not so much of a label as it is the visual side of a death cinematic. The idea for Simple Box Construction came to me way back in 1999 when I was working on a small edition of hand-bound books of photographs titled Nowhere, U.S.A. After I finished the edition, the idea became dormant for a long time. When I started recording music and decided that I would be putting out this stuff myself, I thought that it would be perfect to put this out under the Simple Box Construction moniker. As well as doing all the packaging for the music I use Simple Box to put out small editions of visual pieces, such as hand-bound books of photos and boxes with prints and small runs of t-shirts. How I create the packaging is a little difficult to answer. I come up with the idea and I analyze the cost versus the size of the edition and how much I can do on my own, versus the time spent on each package. The packaging is meant to further enforce the context of the idea for the recording. I see them as inseparable. I do all the artwork, photography, and design work as well as the fabrication and manufacturing. It is a time consuming process. 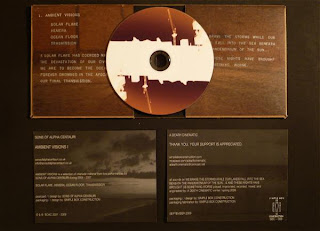 a death cinematic recently contributed a track to the Der Wanderer über dem Nebelmeer compilation, put together by Sequences mastermind (and LURKER regular) N. How does ‘In the Tumbeling Dawn Light, Their Eyes Fall Frozen Through the Mist and Rain’ relate to the overall theme of the compilation?


When I was working on that track I was focusing on the mythos of fog and how it has been utilised in the past as a symbol. In the case of the compilation and the painting that it draws its theme from, I was thinking of the mist and fog as a symbol for man’s contemplation at the edge of an abyss. The title of the track is a line from a poem I wrote which is a man’s last view as he is about to be hanged at dawn. Fog is usually used as a symbol of the unknown or the subconscious and when things emerge from the miasma it represents realisation and understanding.


You also have a collaboration/split with Sequences coming out later this year. What can reveal about this release and how did it come about?


I cannot reveal much about it because it is still in the very early stages. I know that it will be more of a collaboration as opposed to a split release. Both of us will be working on the tracks and it might be put out under an entirely different name. I was lucky enough to have N. ask me if I wanted to do something with him. I really like what he does and I have a lot of respect for his work so I agreed at once when he suggested it. I am very honoured by the opportunity.

a death cinematic is not just limited to the musical realm as the upcoming album, Prelude To The New World & The New World, also features a book of photography. In fact, you have a couple of solely photographic projects planned for release under the same name. How does your photography relate to your music?


That is true, I have some photo-based small editions that I plan to be putting out very soon. The photography relates to the music in the same way I mentioned before. It brings in a different aspect of the larger context of the ideas and themes represented in the recordings. The photos are almost like stills from a film to which my music is the soundtrack.


What does the future hold for a death cinematic?


Hopefully, following along the same lines. More releases and more creative output. I have a lot of tracks that are ready to be mastered so I will be putting out some new work soon. There are plans for some more split releases and some full-length albums and a few collaborations, including the one mentioned above. Right now I am trying to finish up the space in the basement so I can have the studio take off. I have a lot of things I want to get done.


A big thank you to LURKER and everyone else for all the support and interest in what I do.