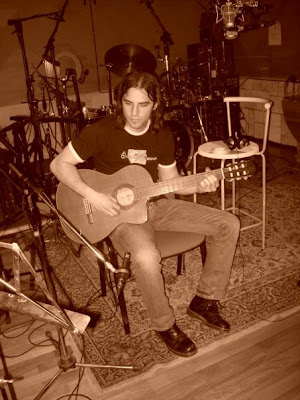 Italy’s Stroszek is the latest output from Claudio Alcara, guitarist of the black metal band Frostmoon Eclipse. If you got your hands on a copy of the Der Wanderer über dem Nebelmeer compilation that excited us back in June, you may well be familiar with the material as Alcara contributed the track ‘Land des Schweigens und Dunkelheit’ which appears as ‘Land of Silence and Darkness’ on Life Failures Made Music.

Life Failures Made Music is the second full-length release under the Stroszek monicker and, falling well in line with the album’s title, represents a slow journey into the depths of melancholy and rigorous introspection. Whereas Frostmoon Eclipse dealt with ‘death and the negative aspects of life’ directly with a fearless, utterly uncompromising fury, Stroszek is depressingly resigned to the human condition and the personal failures that haunt every one of us. This is best translated by the fantastic vocal performance that laces these beautiful songs from the first track to last. Wavering uneasily between a whisper, sigh and spoken word, Alcara seems to lack the vital energy to go on, as if breaking down in a complete acceptance and realisation of whatever trauma has surfaced in this work. Carrying a melody is not the function of these poignant vocalisations, instead they ooze despair through each gently plucked string and chord, narrating and giving form to the maudlin darkness. 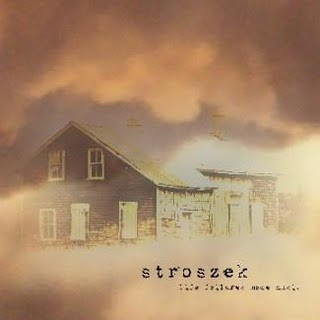 These weakened utterances are supported and dragged from the brink by a flotilla of mournful acoustic guitars rooted in folk, rock, flamenco and classical styles. A majority of the performances are suitably sober, quiet and introspective but Alcara should be credited for building significant climaxes where it becomes imperative that a switch to soaring, distorted choruses should be made. Although Life Failures Made Music is thoroughly saturated with gloomy minor keys, that isn’t to say that the album is an entirely forlorn endeavour. Moments of hope and clarity still manage to shine through the murk, particularly on the gorgeous acoustic guitar and vocal pairing of ‘I’ll Keep Everything’, the souped up ‘A Life Failure’ and the inescapable charm of the aforementioned ‘Land of Silence and Darkness.

With Stroszek, Alcara has successfully distanced himself from his history as an innovative black metal musician but to say comparative lines can’t be drawn between the projects would be a mistake. Anyone familiar with Frostmoon Eclipse’s scathing assaults would remember the incredible juxtaposition of glorious black metal with acoustic accompaniments and interludes. While Frostmoon Eclipse proved Alcara as a first class guitarist, Stroszek has cemented him as a first class songwriter as well. Life Failures Made Music is a despondent yet beautiful work of art, and a more than suitable soundtrack to the failures of Warner Herzog’s drunken miscreant with whom Stroszek shares a name.