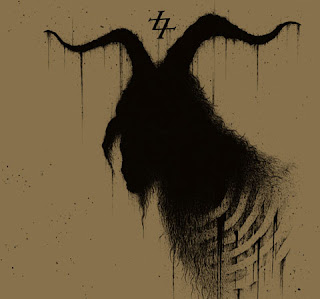 For days now, Italy’s The Secret have been promising to post a song from their forthcoming album, Solve et Coagula. Now it’s finally here. Head over to Brooklyn Vegan to give it a listen and to read a decent interview.

2008’s Disintoxication (Goodfellow Records) was an absolute stormer of an album, and I still come back to it again and again when I need a fix of dark, intricate and mind-bending hardcore. On the new album, the band set out to “write fast, dark, straightforward heavy songs”, and the new track ‘Double Slaughter’ lives up to expectations. After their debut Luce, an insidious Black Metal influence began to creep into their music; this is now more prominent than ever, with some ferocious blastbeats thrown into the mix.

Solve et Coagula (sweet title) is out on 28 September from Southern Lord. And to keep you keen in the meantime, here’s the video for the non-album track ‘Where it Ends’, released online last year: