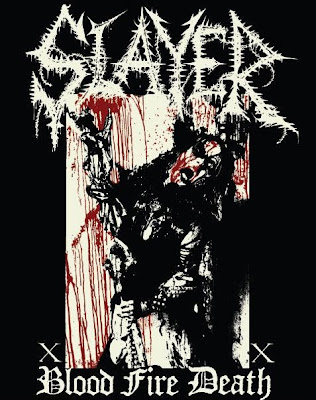 After getting more than a little excited regarding the compilation of the infamous Slayer fanzine’s best bits, I thought I should mention that the publication is breaking six years of silence for one last death throe exhalation. Unsatisfied with the results of #19 as the last issue, Metalion has been back in the commander’s chair to make this final effort worthy of Slayer’s immense history. And he’s not fucking about. #20 includes interviews and articles with a massive roster of important bands such as Deströyer 666, Watain, Kreator, Master’s Hammer, Sunn O))), Jarboe, Funeral Mist, and an extensive feature and tribute to Bathory to name but a few. The issue also includes Ancient Morbidity, a mini LP by the Swedish death/thrash/black metal legends and Per Yngve “Dead” Ohlin’s first metal vehicle, Morbid.

Metalion on #20: “Comparing it to other issues I never cared about, I just make what I make at my best way possible. Sometimes it is good and sometimes it is shit, but you can never know that when you are creating it. Still, if you thought SLAYER was shit in the past this will not change your mind, it is SLAYER with all the errors, shitty journalism etc. Even if it has been over six years since the last issue I don’t think anything could change that. And don’t expect any new issues anytime soon – I feel like its all over, truly an ending in flames. Finishing some of the pieces have taken an outstanding amount of time and to get into that process again is very unlikely.”
Slayer #20 is limited to 2000 copies, so plenty to go around. Expect this to crop up in the Nuclear War Now store soon.
literature