‘Quietly, Undramatically’ presents a milestone in the history of Woe – purging the music of any outsider influence, revelling in the existential quandary of oblivious being and recruiting full time touring members from the likes of Absu, Woods of Ypres and Rumpelstiltskin Grinder. A marked improvement on ‘A Spell For The Death Of Man’, the music remains largely pessimistic and bleak in its outlook save a few elevated sections of transcendent bliss and clarity. Empowering, uplifting and completely unique; ‘Quiety, Undramatically’ paints a fuller picture than we have come to expect from black metal. This is a band developing their own sound and feel beyond the stale tethers of the USBM hallmark. Woe sets a standard that has raised the bar – enraged by social anxiety and existential depression, the cathartic nature of ‘Quietly, Undramatically’ has enough variation and composure to make your album of the year list. Chriss Grigg took some time to answer a few questions for LURKER. 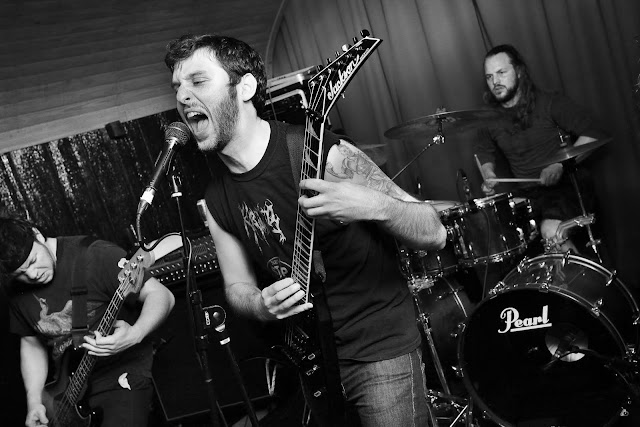 There are a few different reasons. Much like a lot of the ideas on this album, it has meaning on many levels so it’s really up to the listener to decide what fits their interpretation best. For me, though, it’s a statement about disappearing in a massive universe that doesn’t really care about us. The album is very much about obsessing over the addictions or problems or characteristics from which we can’t seem to escape but the title track is a reminder that the universe really doesn’t care, nothing really matters. It’s a very bleak, sobering moment that helps me keep things in perspective. I also appreciate the contrast between the title and the content, which is anything but quiet or undramatic. 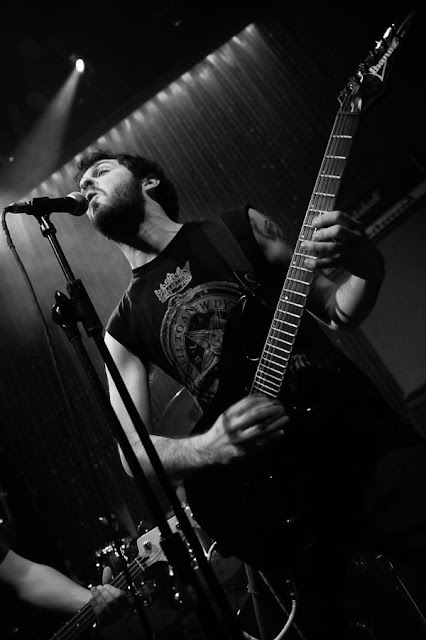 You’ve been doing a lot for the Philadelphia metal scene lately, promoting and putting on a lot of shows. Was there ever much of a ‘scene’ to speak of there or is it a more recent development? Are there any up and coming Philadelphia/PA bands that LURKERs should be aware of?

Well, I do what I can to help out! I need to be careful of how I answer this because I don’t want to say anything that is wrong or unfair. From my perspective, there have always been a good number of metal bands in but with the exception of those who had ties to the DIY punk/hardcore scene, it was difficult for them to get much done. So… there have always been bands, there have always been people interested in underground metal, it was just a matter of finding a way to help get the show information to interested parties. My site, phillymetal.com, does that in a very simple way. If we go by the number of shows posted on the site, we can say that the scene is stronger than it was a year ago, but this could also have to do with the fact that more people are using the site now than they were a year ago. There could have been shows going on that we didn’t know about because word of the site hadn’t reached them yet. So it’s tough to say.

As for bands, I don’t know if there are many that you guys would be too into. There’s a great black metal band called Labyrinthine that puts out stuff here and there. There’s Infernal Stronghold, who absolutely rule. My favorite is this new band called SADGIQACEA, who are a kind of doomy proggy… thing — really great sound, talented songwriters. There are more bands, a hell of a lot of them. Your best bet is to actually check out the site’s shows area and look at some of the bands playing. Any smart person listing a show includes a good description and link.
You’ve had a long working relationship with designer and illustrator Justin Miller, who did a great job on both the debut CD and LP and returns to handle the artwork on ‘Quietly, Undramatically’. How do you go about designing the sleeves? Is it a collaborative effort, or is it mostly left to Justin?
I’ve known Justin for years. We went to high school together, played in a band (thrashy hardcore band Near Dark) for years, and he’s always done art stuff for me. When it comes to Woe, I trust him completely. He gets the demos, he gets the lyrics, then he starts getting mixes just like everyone else in the band and he’s free to start developing his own art concept. He keeps me updated and asks my opinion about things, I get to make suggestions and requests, but I trust his decisions 100% and he has full creative control over the artwork. He has never let me down.
‘Quietly, Undramatically’ is clearly a personal and intimate work. You seem unwilling to divulge your own thoughts and feelings behind it in much detail, favouring the listener’s interpretations. Is this a stance against a majority of ‘conceptual’ black metal bands that seem to spoon-feed their fanbase lofty and occult nonsense?
That’s a really great question, one that’s a bit tough to answer. I… am fearful of giving away too much because there’s a very fine line between “emotional” and “emo.” I’m inspired by real events and real reactions to real situations but I’m very careful to not write “a song about a girl” or “a song about someone who pissed me off.” I’d much rather write something that is personal but will have meaning once I’m not upset about this or that situation. It has meaning to me but as I grow, I can still appreciate it on a different level, still perform it with sincerity. I also think that it makes it a more engrossing experience for the listener since they can apply it however they choose to their own world.
The album, for me, is very much about coming to terms with the reality of my very real, very serious depression. Or not. It’s also about growing up and assuming responsibility. Or maybe it’s about drug addiction. The last song is a very clear “fuck you” to the phony element of the black metal scene, right? “The stupid, the boring, the fair-weather friends. Pretentious, obnoxious, they strive to pretend. With costumes and gimmicks, they angle to shock. Like children, they cherish the lies that they bought.” Or maybe it’s more about taking pride in what you do and not shrinking from who you are in a world of fakes. “When the sun reappears to stand against the dark, we will rise and know that hatred is our heart.” The open-ended aspect of it is very deliberate but so is the clear, easy-to-interpret language. Everyone can decide. If someone wants my personal opinion, they’re welcome to write me!
Or, conversely – any literature, philosophy, popular world belief that fuels your inspiration? [you seem like someone completely at the mercy of the universe – which is a belief I can strongly relate too. Does existentialism/cosmology (thinking in particular about Lawrence Krauss’ talk on a Universe from Nothing as well as Stephen Hawkins’ recent comment from his upcoming book that God does not fit into our current picture of the universe) or the pursuit of truth in general play a strong part?]
I’m going through a period of deep philosophical exploration, really trying to make sense of the individual’s place in things and the meaning of it all. Heavy stuff. Unfortunately, I feel like I’m losing because all signs keep pointing to, “nothing matters.” I feel like if I keep examining it, I’ll come to another conclusion. The Lawrence Krauss talk is new to me but I’ll check it out. Hawkins’s comments were timed either very well or very poorly because he’s talking about exactly what’s on my mind… and it’s not helping. Haha. My girlfriend and I recently took a road-trip to the Creation Museum in Kentucky — a total shit-show, very terrifying and a real eye-opener about the state of our country — but being surrounded by so many people who were so sure of where they came from and where they’re going really had an effect on me. I’m rambling here but… I need to figure it out and I will.
I very much like Existentialism and the parts of Satanism that are unconcerned with everyone but the individual. I identify with philosophies that deny the existence of Judeo-Christian God and encourage the individual to find their strengths and focus on them so they can build a life that they find fulfilling. At the same time, I don’t like aligning myself with any one group, I like to pick and choose elements of philosophies that fit me. Woe is very much an offshoot of this intense individualism. It encourages deep introspection, serious analysis of one’s shortcomings, and wants the individual to think for himself, by himself. You have me rambling now.

And one personal question: Where can I get the 2007 demo from?
It’s not very good, man. I’ll upload it and send it to you soon. 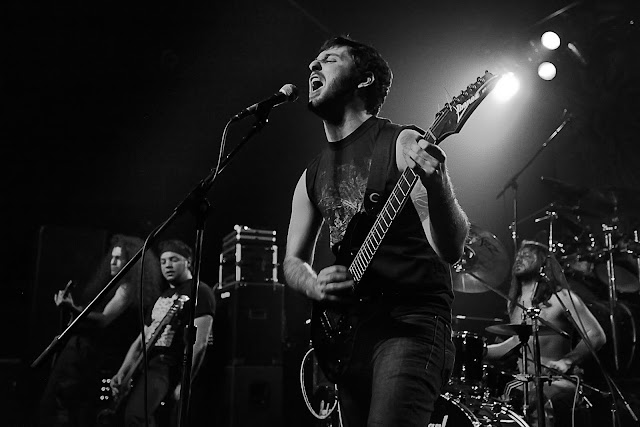