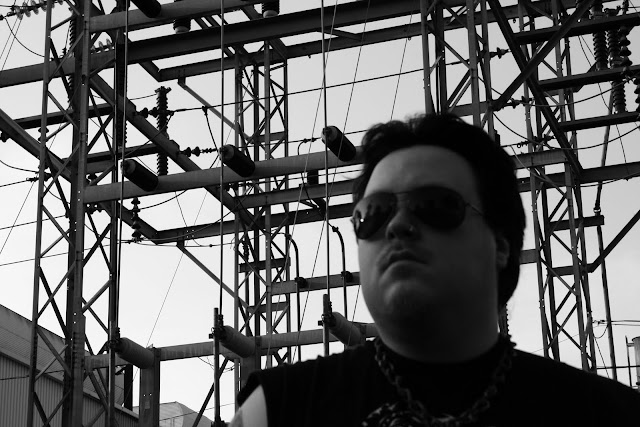 Krieg return to glorious form this winter with ‘The Isolationist’; a rendition in outsider philosophy, misanthropy and the lackluster compulsion of modern man. Representing the first full length since Krieg’s reformation, ‘The Isolationist’ treads a familiar warpath; ugly, unrelenting and impenetrable arrangements, turbulent vocal actuations and cacophonous ambiguities. Much less about comprehension as experiencing the abject disgust and hate in pure, undiluted form. With contributions from Wrest (Leviathan), Chris Grigg (Woe) and Joseph Van Fossen (Noctuary), Krieg’s bolstered ranks have fashioned a sound at times violent, brooding and unnerving.

Imperial has been a forerunner in the American Black Metal scene for nigh on fifteen years, with his contributions and audial manifestations never far behind his troubled psyche.


What is the story behind ‘The Isolationist’?

As a theme it’s sort of a semi cohesive look at the various degrees of degenerate thought and experiences that my life has taken me through since childhood. Similar to the personal nature of “The Black House” and it’s theme of vivid nightmares; “The Isolationist” is based on what has caused those nightmares in the first place. I’ve had a pretty odd life in that I’ve had a lot of occurrences, self afflicted or outer antagonist’s puppeteering, that I find to be more interesting and, I suppose, therapeutic, to write about vs. the usual black metal topics. That isn’t to say these topics are beneath me or that I don’t appreciate them, they’re just not what Krieg’s last ten or so years have been about. I have other projects for that.

‘The Isolationist’ has a distinct feel. Keeping the unrivalled chaos behind releases like ‘The Black House’ but incorporating a far greater emphasis on melody and structure. Does this represent a move away from the great influence bands like Profanatica and Beherit had on the project pre-hiatus? What inspiration, be it artistic, philosophical, sociological informed ‘The Isolationist’?

Not really. Profanatica and Beherit were both pretty big influences in terms of black metal for this record, maybe more so than in a long time. I think it’s just the natural pace of things; it’s certainly less melodic than “Blue Miasma” was, but I don’t know if this is something that will continue. I’ve spent a lot of time able to think, read, listen to new sounds, and just get myself together as I’ve gotten older so I’m sure that all somehow comes into play in terms of inspiration. There are a few obvious ones, like the fiction of Bataille (not the philosophical works or non fiction) which Wrest put me onto a few years back, as well as Bukowski in terms of the scorn for the world in an American-without-a-country sort of voice. Lovecraft’s way of describing things as well, not really the mythos at all, but the actual way he uses words to illuminate his creations has had some impact.

How have the contributions of Chris Grigg (drums) and Wrest (Bass) influenced the outcome of the album? Did the writing process differ from previous efforts?

Every person involved with a Krieg record is given free reign within the guidelines for the album. I enjoy seeing how people will interpret my ideas and bring their own identity into play. I always have final say in what is kept and what is discarded, of course, but I try not to be a bastard about it.

The writing process had some similarities to the last two records, mostly because the writing was completed in the studio. In the past I’ve had to worry about what could be considered limitations with the studios I worked in. This time, however, was completely different because Volume Studios is sort of like a playground for noisemakers. So ideas that could not be executed on previous records were no issue this time around. The only problem could be compared to a painting: it’s difficult to know when it’s finished and when to put the brushes down.

You have a well documented history of anxiety problems, depression and self-loathing – eventually culminating in the dissipation of Krieg. Why the revival? Is there a semblance of catharsis in Krieg that other projects just could not fulfill?

It helps counteract what has been diagnosed as bi polar disorder. While I get satisfaction from everything I am involved in, Krieg is the one ship which is mine to steer. It’s my first born. It’s the only real way for me to exorcise personal demons, the little cracks in the fault lines that need a release or the land implodes. It’s the one mistake I can attempt to atone for.

Are there any European shows in the pipeline?

Sometime in 2011 but nothing at the moment is definite. It’s been five years so it would be good to get back.

The recurrent use of Bret Easton Ellis’ American Psycho that litters Krieg’s back catalogue has roots in an abject disgust for modern, materialistic man. Are there any redeeming characteristics of civilization? Or is the whole venture inherently self destructive?

Most of the things that could redeem the failing experiment of humanity are rejected due to financial, religious, or social considerations. And the material drive is only getting worse and worse, fueled by technological shit no one needs instead of using the same science to try to fix how badly we’ve fucked up the planet. There are certainly redeeming qualities in humanity but good luck finding them nine out of ten times. It will be even more of a difficult task with the spread of American pop culture and the violent resistance that religions offer. It will be interesting to see what of the world is left in twenty years.

What single Krieg release best encapsulates the ideology of the project and why?

Difficult question. I don’t think any specific release could best sum it up, I would offer more a collection of songs from each era as a single listening experience to show the evolution and constants which have carried themselves over fifteen years. Maybe “The Black House” simply because besides “The Isolationist” it’s representative of unwelcomed change. People expected “Destruction Ritual” pt II and were mostly upset. I’m sure there are people that expect “Black House” or “Blue Miasma” sequels out of this new record, they will also be disappointed.

What is your opinion on today’s black metal scene? What music are you particularly enjoying at the moment?

I don’t pay a lot of attention to it. I don’t read message boards so I guess I’m missing whatever drama there is these days. I only pay attention to bands that I like or check out things that are either handed to be at shows or recommended by people whose opinions I trust. In terms of the American scene: lots of white belts and flannel shirts. Lots of outsiders with no real grasp on the heritage associated with underground black metal.
Music I’m listening to these days, really this week since it changes often, would be the new records by Profanatica, Satanic Warmaster, Woe, Maniac Butcher, Murmur and others I’m probably forgetting. I listen to a lot of old records, or things outside of black metal like Public Image ltd, shoegaze, New York Dolls etc. Various music for various moods.

Your thoughts on the following quotes: 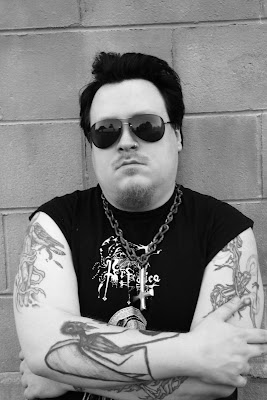 “…aesthetic pleasure consists, to a large extent, in the fact that, when we enter the state of pure aesthetic contemplation, we are raised for the moment above all willing, above all desires and cares; we are, so to speak, rid of ourselves.”

It sounds like the moment during or immediately after orgasm to me. Or when a drug kicks in. Oblivion. Something that is sought constantly and only truly occurs momentarily and less powerfully the older and more jaded we become. The little death we seek that we know sooner or later we’ll awake from.

“The deepest problems of modern life derive from the claim of the individual to preserve the autonomy and individuality of his existence in the face of overwhelming social forces, of historical heritage, of external culture, and of the technique of life.”

No one wants to be forgotten or die alone. Everyone wants their lives to matter. As the world fills up faster, like all landfills, and technology brings us “closer” this is more of a difficult thing to achieve since the nature of relationships are in question. Sisyphus rolling the boulder forever upwards. Ouroboros.

“Only the descent into the hell of self-knowledge can pave the way to godliness.”

Utter bullshit. Ask most people who have gone through hell if they would rather have the insight they have because of their experience or if they’d want to start again and never go through it. Most people would rather go through their lives ignorant to this knowledge than to carry the burden that this descent will heap upon you for the rest of your life. It could also be reworded to sound like ex junkies who found Christ. Excuses people make to trick themselves into comfort.