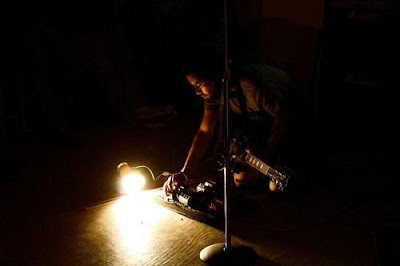 Here at LURKER we’re no strangers to decent ambient music. In the past we’ve been lucky enough to be introduced to the darkened, brooding calm of Sequences and the shambling free-folk of a death cinematic, two projects that have been creating beautiful and meticulous soundscapes for some time but remain regretfully unnoticed by the wider world. So here’s another underground ambient project that has totally undeservedly been gathering dust in our inbox and only recently has been allowed to seep into my consciousness.

When Marlyland-based Pallid’s sole-member Andrew Mayton gave me a polite reminder that he had sent us some music, he put succinctly: “This is for you if you are having trouble sleeping.” He was spot on. Anyone that knows me would be aware that I’m a heavily nocturnal creature. At night is when I get most of my work done and, more importantly, most of my music listening done. Of course, this can be accurately translated as insomnia. And Pallid’s gentle lullaby atmospheres certainly weave an aura of relaxation that could usher even the most wretched insomniac off to the land of nod. But that isn’t to say that Pallid is boring by any means. A seemingly infinite level of intricacies are present for the astute music fan to wrap their head around, all brilliantly shrouded by an overall disguise of stark minimalism.

On initiating the demo An Embodiment, the opening track ‘Look To Yourself’ introduces layers of subtly wavering frequencies embraced by a hushed white noise. The shimmering collage of sound is beautiful enough in itself, yet it is over the course of the piece’s 15+ minutes that it sluggishly begins to represent a melody of sorts. Two or three recurrent notes seep into the droning soup every now and again, which somehow cause a slight shiver to shoot up and down my spine. It’s comparable to the earlier ambient work that Velvet Cacoon knitted between their black metal experiments, like ‘Bete Noir’ and ‘Northsuite’, but in this case Pallid’s sound-generated murals are far more detailed and a lot less menacing. The repetitive nature of a piece like ‘Look To Yourself’ also induces a favourable Basinskian feeling to the mix, with the whole product warping and transforming over the course of its running time.

The rest of the demo is generally a development on this minimalist theme; extended track lengths but with a blissfully absorbing atmosphere. Pallid experiments with the sonic possibilities of densely layered guitars, drones and loops with ability and aplomb. The sleepy-eyed sombreness on display in Pallid’s compositions works as a vivid tribute to that hissing, drone-based heaven that Liz Harris of Grouper has at the core of her sound. In fact, Pallid could be seen as a Grouper with all the pop structures and melodies stripped away, baring a hazey and mystifying ambient underbelly.  An Embodiment culminates in the beautiful haunting dirge of ‘Of the Clouds that Hide the Moon’, a piano-based piece considerably more accessible than its counterparts and a great ending to a very promising demo. 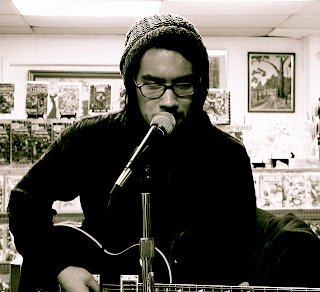 The laconic melodies that fuel the ending to An Embodiment are examined more completely in the earlier demo, Cadence II: Winter Solstice. Those dissatisfied with the lack of notes in An Embodiment may come around with this demo which is more rooted in minimal post-rock. Song structures other than an evolving ambient rumble exist here, with opener ‘We Told Our Tales Around a Fire’ taking a lightly distorted guitar thoroughly doused in delay and reverb, the godsend effects for any ambient musician. Simple, sleepy strums form the basis for harmonies to work their way into the piece, sounding somewhere between a heavily compressed brass or woodwind instrument. If marathon face-tingling fuzzdrones are too much for the lurker with ADHD, then Cadence II may have hit a winner with none of the three compositions exceeding the ten minute mark. That said, both releases are genuinely great stuff. Fans of Windy & Carl, William Basinski and Stars Of The Lid will be in their element here. Both demos are available for free download below but more compositions can be found on the Pallid soundcloud. Photos.