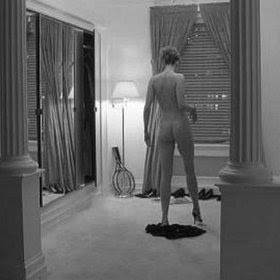 After passing comments by Neige of a slight ‘shoegaze’ influence in the music he wrote as Alcest and the subsequent success of this project, there’s been considerable backlash against the term within the black metal fanbase. Even the new Drudkh record has been labelled as such, revealing that many metal fans don’t have a grasp on what shoegaze actually is. It’s become nothing but an ignorant, derogatory term aimed at black metal bands who have done much for innovation within the genre.

Thankfully, California’s Whirl appeared in May of this year with their brand of retro, picture-perfect shoegaze. Perhaps they can do some schooling through their connection to the shoegaze/black metal flirtations of Deafheaven, a band that guitarist Nick also plays in. But he assures us Whirl is “his baby” and the project has proved to be an entirely different animal.

Distressor is immediately successful in paying homage to shoegaze circa My Bloody Valentine. Funnily enough, the genre is again comparable to black metal in that fans believe its glory days were in the early 90s, with many new bands yearning towards that unobtainable sound caught on by very few acts. The only difference is that many modern shoegaze bands are terrible. The brilliance of Whirl then lies in how they transmit their awesome and accurately archetypal shoegaze. With a name that echoes the aesthetics of Ride and Lush as much as the ‘whirl’ of colours within their own music and references to the dream-like atmosphere of Kubrick’s Eyes Wide Shut, Whirl have nailed a mystique on the band that makes the music even more enjoyable.

The transition from ‘Preface’ into the rest of the EP is a belter. Sleepy guitar chords glittering with distortion, noise and a host of trance-inducing effects wash over a sample from the film. Then from the first snare strike of the following song ‘Leave’, you are propelled into literally perfect shoegaze for the duration of the record. Whirl conjure that emotional frailty between euphoria and nostalgic melancholy with ease. Melodies are catchy and major key but also manage to capture something desperately sad. Beautiful male/female vocals drift in and out of layers of scintillating high frequency guitar noise, buried in the mix to the point that lyrics are vague: all great hallmarks of the shoegaze breed.

This is an incredibly addictive record. For someone who currently refuses to listen to any shoegaze outside of My Bloody Valentine, I have spun Distressor to exhaustion this week. It’s poppy, straightforward and moving, the perfect remedy for tired and beaten ears. Whirl are to embark on a mini-tour through CA towards the end of October. A 7″ split with American Gods will be released in the next couple of months on Withdrawal Records as well as plans to put Distressor on 12″ EP. For now though Distressor can be streamed and downloaded for a donation at the Whirl bandcamp.