After wowing us with the brilliant atmospheric doom of the Sol/Blodtru collaborative release earlier this year, London’s Paradigms Recordings continue to plough through the best of the underground. Since its founding in 2006 to release a specially packaged Amber Asylum CD, it has been their ethic to discover and release only the most eclectic, original and compelling music around. With their two most recent releases, it is fair to say that they are doing a fine job. Although leagues apart, both the creeping doom of Mourner and the dizzying psychedelic black pop of Murmuüre should appease fans of the left-field equally. As with all Paradigms releases, these CDs are strictly limited to 500 copies so check them out. 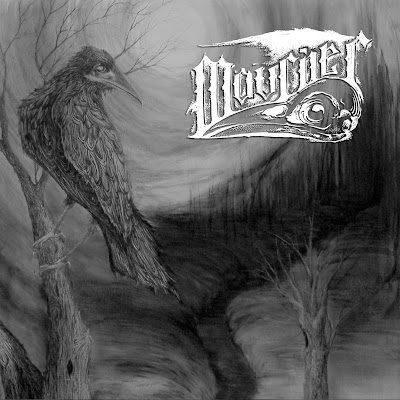 Mourner – Mourner
Since the demise of Khanate there’s been a misanthropic doom-shaped void in the underground landscape sorely missed by many. Countless bands have stepped up to try and fill that hole, but often fall into the habit of emulating what once was (see Trees). Not so with Nashville, Tennessee’s Mourner however, whose towering monuments to darkness plumb new depths of depravity within extreme doom metal.
Mourner’s self-titled full-length debut is essentially a remastering of their earlier EP Still, with the added bonus of brand new track ‘The Death Posture’ to usher the listener into Mourner’s uniquely depressive atmosphere. With an intro that wouldn’t sound out of place on a Deathspell record (albeit intensely slowed down), there is a definitive ‘blackened’ edge to Mourner that readers will no doubt enjoy. Dissonance crackles to the fore, only to trade places with appropriately mournful, snail-paced melodies. Mourner definitely carries gargantuan riffs but there is absolutely no light here; the album is a torturous and suffocating experience that should be approached with caution.
Thundering drums and intricate bass lines lurk beneath thick, soupy guitars ranging from low-end power chords to clarion leads. But while the music is perfect funereal doom in itself, it is the vocal performance that takes centre stage. Undoubtedly a highlight of the aforementioned Khanate for their sheer despondent hatred and self-loathing, whichever sick fuck in Mourner handles these duties is really pushing the envelope. Whether it is the rasping whispers that echo between droning feedback or the black metal-esque shrieks that punctuate the bleak terrain, they are utterly terrifying to behold every time. At their most bizarre, it’s a piercing banshee’s wail. At their most disturbing, an unsettling childlike murmur.
Mourner is a strong debut from a band that has much more morbidity to inflict in the future. Unfortunately opener ‘The Death Posture’, being newer material, is a more confident and varied effort than the Still tracks. But apparent nods to Disembowelment and funeral doom as a whole promise of more great things to come. Obligatory listening for funeral/drone/doom fiends. 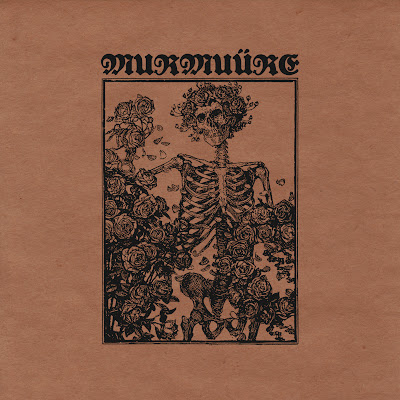 Murmuüre – Murmuüre
France has always provided a stronghold of acts intent on doing something different within black metal frameworks and Murmuüre is no different from its countrymen. In actual fact, Murmuüre’s music blasts down the limited perception of black metal while smearing it with influences from far and wide. The self-titled debut is a vivid, hallucinatory blitz through some of the most immediate and exciting experimental music I’ve heard in a while.
‘Primo Vere’ is a fantastic opener greeting the listener with what sounds like a tribal flute shining through a technicolour wash of ambience. The docile introduction is then swept away by searing guitar tone and chaotic, industrial jackhammer drums. It’s just as baffling as it is charming and insanely listenable. An enchanting atmosphere permeates the whole record onward. The swirling repetition of scales on ‘Reincarnate’ invites comparisons to the gothic cabaret of prog. rock band Miasma and the Carousel of Headless Horses, and will be echoing through your skull for days to come.
Murmuüre is a heavily electronic project that allows for intensely complicated and addictive music. The detail of the drum patterns and layers of processed sound is a psychedelic over-stimulation of the greatest kind. ‘Amethyst’ reminds of the Darkthrone-hailing electronica of Greece’s Fullmoon Bongzai while ‘L’Adien Au Soleil’ sounds like Blut Aus Nord dropping acid and twiddling synths with that strange but incredible Yoga band.
Flying through synth ambience, caustic black metal and weird electronica at this rate is bewildering but hugely rewarding and closer ‘Disincarnate’ helps wind down the trip with cold, mechanical space rock sending signals crawling through the cosmos. It’s an awesome, disorientating ride that begs to be ten minutes longer!
Listen // Purchase
doomelectronicexperimental