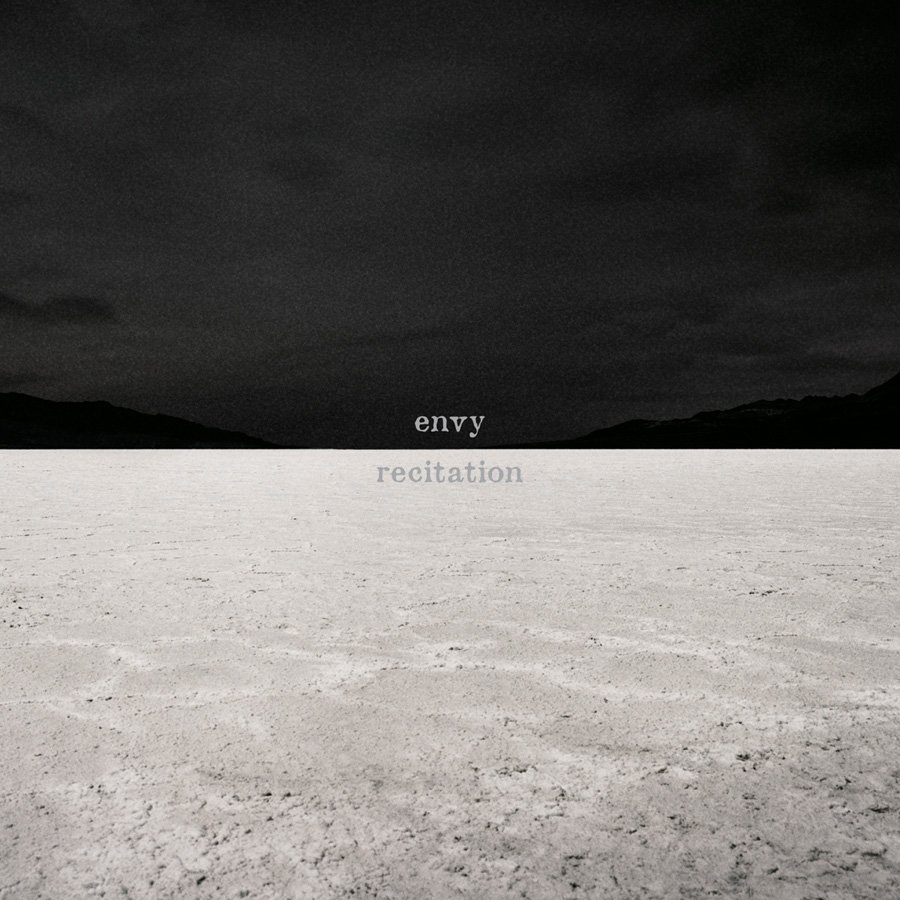 Tokyo’s Envy have had a long career. Few bands, especially in the hardcore community, can hope to last more than a decade – let alone the best part of 20 years – and even fewer can still claim to be releasing relevant and challenging records after so long in the game. Envy belong to that rare few. Coming at the end of a near-perfect back-catalogue, this year’s Recitation (Sonzai/Rock Action/Temporary Residence) may just be their best work yet.

As ever, they’ve taken their time to produce a new full-length, and in the process have turned into a new beast. 2006’s Insomniac Doze had moved away from the raging intensity of their previous work and explored a new world of expansive and atmospheric sounds that drew heavily from post rock. That album never quite won my adoration in the way that its predecessor, A Dead Sinking Story had: too much of their previous energy had been sacrificed at the expense of atmosphere. However, it’s clear from Recitation that Envy have spent the last four years rediscovering the urgency of their former days, while at the same time building on the best aspects of their post rock explorations.

In fact, the first thing you notice about Recitation is how much Envy have improved their post rock composition-skills. In the first ten minutes of the record, the band weave some of their beautiful trademark melodies through every conceivable texture of the post rock gamut, from strings to tonal percussion, as well as a whole stash of guitar tones and effects. Then everything explodes. ‘Rain Clouds Running in a Holy Night’ is packed with the same luscious melodies and passages of clean, expansive beauty, but packs a keen punch that comes back stronger and stronger on the following tracks. Envy have their predictable side: Tetsuya Fukagawa still pens his lyrics in the tried and tested poetic metres of old, and the guitarists are still painting from the same harmonic palate that has done them proud over the years. But in almost every other way, Recitation is a wild and unpredictable beast of an album with many sides to it. ‘Dreams Coming to an End’ resurrects the boisterous melodicism of early noughties post-hardcore; then, hot on its heels comes an almost saccharine acoustic piece (‘Incomplete’), before the band plunges into album highlight ‘Worn Heels and the Hands we Hold’ (see the fantastic video here).

For all it’s twists and turns, Recitation keeps a clear and satisfying structure, bookended by two spoken-word pieces, ‘Guidance’ and ‘Your Hand’. Though it encompasses many styles, the record shifts between them with tactful fluidity, and despite the strong post rock presence, never drifts into the tedious prolixity that genre has become known for. Another really great improvement on their previous work is in the translation of the lyrics. I know this isn’t really a part of the original art, but earlier albums featured such dreadful renderings of song-titles and lyrics that listeners outside Japan were stuck with infelicitous Engrish (at best) and humorous gibberish at worst. They’ve obviously hired a new guy, though, and for the first time ever, we can enjoy some of the poeticism of Fukagawa’s words.

It’s a pleasure to see a band so long in the tooth produce such a monument. This album is so full of musical ideas that you’d think they’d been saving them up over the last twenty years without releasing a thing. But in fact, this is just another brick in the mighty wall of their discography. If you haven’t ever made time to listen to Envy, you’re in for a real treat, with hours of rapturous, cinematic listening ahead of you. And if I haven’t made it clear yet, there’s no better place to start than this year’s Recitation.