Although the Netherlands has a wealth of metal oddities plying their trade throughout the country, it’s difficult to identify a cohesive scene. As our interview with Mories of Gnaw Their Tongues et al. earlier in the year revealed, there is little by way of communication and collaboration within the community and it rarely crops up as a major force in wider discussions. Many bands seem to bury their noses in their work and pay little heed to what others are doing. As a result, the Dutch scene has exploded in a torrent of originality. Here is a look into some of the more interesting acts from the area, some old and some new, but all unique. Please recommend other Dutch acts you deem worthy!

Order of the Source Below 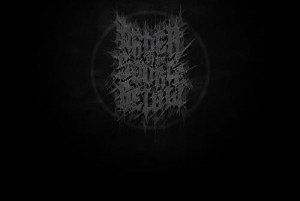 For now, Order of the Source Below are one of the Netherlands’ best kept secrets but don’t expect this to last long. With a chaotic take on black metal that seems to pick up where Deathspell Omega recently left off, these Dutch evildoers are ones to watch. In the words of the band:

“Order of the Source Below represents the desperate expression of demonic, ungraspable metaphysical senses and feelings that slumber within our bodies and seek to evoke horrific acts in man. Order of the Source Below is a black metal band, creating an atmospheric aggressive technical threat to the black metal standard. Fresh new perspectives and old visions join forces to exploit the black metal landscape, squeezing it dry and transforming it into a sonic horror storm.”

There are only two songs available to the unwitting public at the moment with ‘Allfather’ and ‘Vanitas’ but a single listen infuses the above quote with a sinister meaning. Order of the Source Below harnesses the forces of chaos into brilliantly melodic yet atonal assaults on the senses. I don’t know if that even makes sense, but they seem to make it possible anyway. Multiple guitars cascade through discordant arpeggios, building a menacing legion of riffs that linger in the unconscious mind. Through blasting avant-garde metal to austere mid-tempo stomps, it seems that this demo is only scratching the surface of what Order of the Source Below will be capable of given time.

With 60 minutes of material already penned for what will become their debut full-length, the only obstacle between these hideous ruminations being unleashed upon the metal community is a lack of a label. The band (featuring members of the eclectic Nihill, Transmission0 and Exivious) compares itself to the works of Deathspell Omega, Leviathan and Ved Buens Ende, and with a lack of any other reference for these slabs of audial terror, they’re right on the money. So if you are in a position to release some music, consider this band. Surely all that subsequently listen to the demo will agree: we need to hear the album.

Contemplate the source below here. 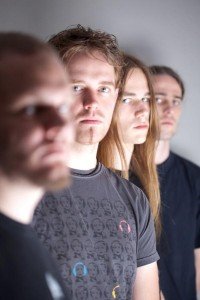 Continuing on from the forward-thinking mindset of the above band, it seems the Netherlands are a breeding ground for metal bands striving to push the envelope. Deleterious are yet another stunning foray into off-kilter metal acrobatics. But boxing them into to a single definable style is nigh on impossible. On their second EP Highly Recommended, elements of death metal, thrash metal and a whiff of black wrestle for supremacy, while merging seamlessly… all at the same time.

Hard to believe. But the title alone is not merely a confident wink to whoever may stumble across it. This record genuinely needs to be heard by more people and if its witty moniker does not tempt you enough, then perhaps our full review will. With Highly Recommended, Deleterious make a bold statement with their forcefully progressive take on extreme metal. Even a slice of jazz clarinet manages to wind its way into the proceedings. When a band expands its instrumental palette with finesse, it will always get my approval. Read the review, download the EP. This does not disappoint. 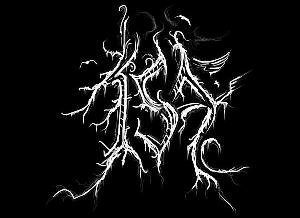 Isa is the wintry avatar of the eponymous S., sole creative force behind melancholic black metal outfit Hypomanie and at one time a contributor to Polish dark ambientact Deep-pression as well. Isa snatches a spot in this article from the clutches of its counterpart project with ease however, simply because it’s a lot better. As Hypomanie falls into the vice of typical, dreary ‘depressive’ rock in the vein of Lifelover and Apati, Isa soars the frigid mountain wastelands of Nordland totally unburdened. On the only full-length to the project’s name, Eindeloos, the album starts at a truly glacial crawl, welcoming the listener to a frozen ambient underworld blasted by galeforce winds.

Around the 8 minute mark of opener ‘Eenzamheid’, soothing synth drones give way to a suitably razor-sharp guitar tone that perfectly reflects the cold nature of the music. A drum machine-led blast takes hold with jarring cymbal splashes rippling through the maelstrom like drips in a damp cavern. It’s an immersive record deep with atmosphere and emotion that makes equal nods to the beloved Paysage d’Hiver and Make A Change… Kill Yourself. 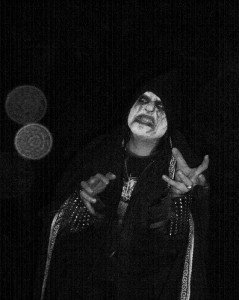 Galgeras (‘born to hang’) has been haunting the Dutch black metal underground for the best part of ten years but remain a commonly overlooked aspect. Meeting honest, down to earth black metal with dramatic (and only slightly cheesey) MIDI accompaniments, Galgeras records are strange but wondrous experiences. The best place to start is perhaps Reliekrover, a compilation detailing the act’s formative years. Galgeras’s output on this release ranges from straightforward but outstanding raw black metal to dizzying, experimental voyages.

To put it in a nutshell, the first two tracks are perfect examples of the project’s adventurous spirit. Opener ‘Satyriasis’ launches into an arresting riff that should make most seasoned ears prick up. Spanning the guitar neck into higher registers normally neglected by the genre, the true majesty of Galgeras’s sound is yet to reveal itself. It is when a regal synth line joins the assault that a variety of textures and compositional ability becomes clear.

On the other hand, ‘Somberling’ is soaked in guitar effects and a pummelling percussion section to create a truly psychedelic pandemonium. Vocals are completely off the wall too, a pretty apt summary for all Galgeras material. Regardless of what I said in the introduction, there is an essence here comparable to the work of countrymen Urfaust (we’ll get on to them presently, don’t worry). Maybe we are getting closer to what the Dutch scene is about: a vague yet potent will to create music that challenges perceptions and boundaries.

The rest of the demo material is a pretty exhaustive trawl through the rawest of the raw vistas. Ildjarn and Burzum float in and out of this noxious mix but, without doubt, Galgeras hold their own as an exceptional cult gem. The camp has been silent for the five years since the band recorded their only full-length Booswichterij, but rightly so; It’s an epic improvement on the band’s early sound. Definitely a ‘love it or hate it’ band but if you survived Reliekrover, you’re in for a treat.

[Alex tells me “First review I read of Galgeras was about how some guy played it in his car first listen round and ended up writing the car off.” Obligatory listening then? Yep.] 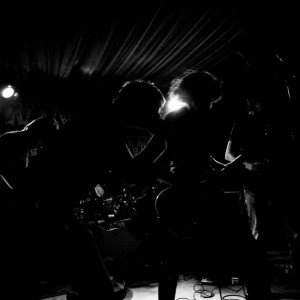 Or ‘Athwart the Horde’, this band is at the forefront of something very special. Not just for their country’s musical terrain, but in the evolution of extreme music as a whole. Rarely do bands take to the splicing and mutation of multiple sounds with such ease. Terzij de Horde make their music sound truly effortless and, under the circumstances, this is an astounding feat. They are really great at what they do: forceful, impassioned and original music. Their debut EP, A Rage of Rapture Against the Dying of the Light, projects a humbling and wholesome sound; at times oscillating drones, others uplifting, melodic black metal and often cathartic hardcore, but ALWAYS fucking inspirational to behold. LURKER allies for life. 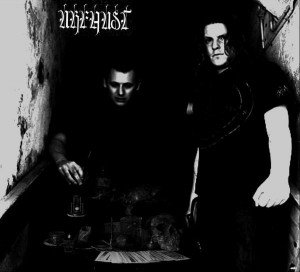 Words simply fail me when writing about this band. Urfaust have been a long-time favourite for many years and a staple dietary supplement for lurkers everywhere. Apparently this is black metal but I posit Urfaust are much more. It bears little basic resemblance to the genre bar the obvious low fidelity and deranged vocal performances, and even then the music hardly falls into any typical metal frameworks. Musically, it seems to draw much of its strength from very archaic folk. They have also been known to dive into dark ambient and orchestral arrangements. But the rest is pure Urfaust.

Get everything if you haven’t already. It’s all gold. A third full-length, Der Freiwillige Bettler, is to be released in the coming days through Ván Records. Get that as well. Basically, if you’ve been lurking long enough you will know all this already.