There’s nothing much better than unearthing an obscurity before most of the world, especially when it’s quality. This is precisely the case with Toronto’s Godstopper though it’s a riddle to work out what it is these guys even play. It was sold to us as doom and, naturally, I was relishing the thought of listening to it. But what you will find yourself on the receiving end of is a far more unpredictable, abrasive and menacing creature than such a simple, catch-all term can even begin to suggest.

Wreathed in a cavernous production, the first recorded output by Godstopper begins with a drum sound that reminds of the ogre-like skin bashing of the Melvin’s Dale Crover, particularly the opening moments of Houdini; a great place to start in that case. But what follows veers from the logical expectations by such a degree that it’s almost unnerving. Noisome, high-pitched guitar lines squeal and waver all over the show, backed by a cumbersome, discordant bass that lurches and lashes out at the listener like SWANS at their earliest and most threatening.

‘Clean House’ sets the record straight. Yes, Godstopper are certainly ‘doomy’ in the sense that their music is slow and intimidating, but doom metal they are not. Simply put, this is noise rock with an unprecedented sludgey swagger. It honestly sounds like nothing the arid and almost extinct scene pioneered by bands like the Jesus Lizard and Unsane has ever spewed up before, yet falls neatly in line with the sound and ethic. With the noise rock revival brewing for a while now, there is definitely a niche for this unique act to exploit.

Without deviating from this ‘unnerving’ theme, the vocal performance on this demo is an oddity. On the opener, they enter with a bizarro falsetto that’s almost a mockery of actual singing. But that isn’t to say that mastermind Mike Simpson doesn’t possess an immaculate pair of leather lungs. Childlike faux-setto transitions into throat-shredding, torturous shrieks then into NWOBHM bellows for the chorus. These operatic enunciations go perfectly with Godstopper at their heaviest: crushing, open string twangs and pounding, industrial-esque rhythm sections.

Second track ‘Don’t Walk Home’ is a slab of pure class. It’s heavier and more difficult than the opening track (if possible) without doing away with the squall of those atonal guitars. The dual guitar lead paired with the fantastic wail of the vocals casts back to the barely contained insanity of Today Is The Day, only to launch headfirst into a series of golden headbanging opportunities. “They feel it coming… They feel it coming… They feel…” If you’re not thrashing around in your seat by this point, there is something severely wrong with you. At times the vocals are out of tune and horribly grating but, knowing the ability on show here, it is clear that this is merely a strategy to make the listener feel as uncomfortable as possible. They redeem themselves with such a pure, thunderous clamour that it’ll be forgiven instantaneously.

The demo closes with a strange, almost bluegrass ditty that betrays the musical talents of the brains behind the project. The demo was recorded solely by Mike Simpson on everything, but he’s since been joined by Tobin Simpson and Bryan W. Bray on guitar, and Miranda Armstrong on bass. Godstopper are in rehearsal mode to spread their virulent rock in the live setting come January so Toronto lurkers, keep your eyes peeled for possible dates. This is an original and addictive addition to the noise rock landscape, but it’s really not as simple as that to categorize. So please don’t take our word for it and listen to the demo. Feel free to share your opinions and repeated listens are heavily recommended. I just want to hear these songs with a gargantuan, meaty, heavy-as-fuck production and then I’m totally on board.

[N.B. Mike Simpson is also the force behind the radio show and blog Super Heavy Sounds, so tune in Canada.] 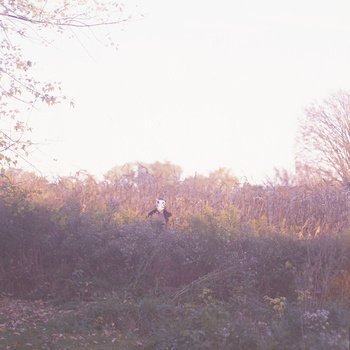