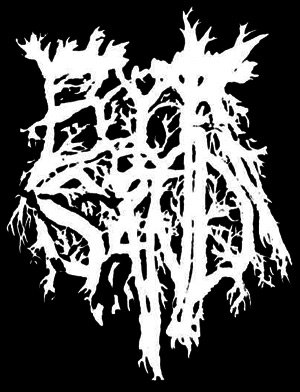 As it has been a while since some groundbreaking black metal has graced these pages, here to break the silence is yet another great release from Paradigms Recordings. Book Of Sand is the fervently left-leaning project of one lone anonymous soul from Minneapolis. While politics never factor into my enjoyment of bands, Book Of Sand is a brazenly anarcho/feminist/anti-fascist/anti-rascism/anti-you entity. Not that it’s apparent in the music, but song titles like ‘No Excuses for Fascist Sympathies’ and ‘European History is a History of Rot’ certainly preach an ideology that has not gone amiss with the dudes over at the Red and Anarchist Black Metal blog. And when a notoriously nihilistic genre espouses a level-headed outlook on the world for once, it definitely gives me a slight pang of guilt for all those hours I’ve spent rocking Grand Belial’s Key. Fortunately, the quest for the riff is the great counterweight.

But although these ideas pander to a very specific shade of black metal fan, it’s really nice to listen to anarchic black metal that doesn’t sound like a bunch of crust punk kids who have stumbled into the genre to make a point. Quite the contrary, the band’s label debut invites influences from far further afield than rock ‘n’ roll, delving head first into rarely explored realms of world and chamber music.

No where is this more apparent than the opening moments of Destruction, Not Reformation, where a sparse cello and bass guitar weave a tone of spiritual enlightenment and blissful solitude. The use of cello is enough to cause ears to prick up and it plays a prominent role throughout the record, injecting a much needed instrumental variant into black metal. From the very ‘zen’ introduction of ‘No Excuses For Fascist Sympathy’, the welcome cacophony is not far off as the oriental melody descends into an engulfing haze of distortion. 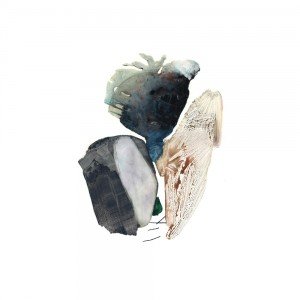 What little percussion remains on the record is reduced to a strange background click that invites comparisons to gamelan, the traditional percussion-led folk music of Indonesia. For a style of music that is both placid and blaringly aggressive in equal measure, it fits the mold perfectly. It’s a persistent theme throughout Destruction, Not Reformation, as regular drums and rhythms are downplayed and melodies wind into an almost free-flowing vortex of sound.

There are more ‘regular’ tracks on the album, like the lumbering, almost funeral doom approach of ‘Partaking is Collaborating’ or the minor key dirgery of ‘European History is a History of Rot’, but Book Of Sand shines brightest when it is applying its niche, colliding traditional oriental stylings with shrieking vocals and a black metal pandemonium. ‘The Righteous is the Enemy of the Natural’ is a case in point, with intricate phrases lulling the listener into a hypnotic trance. It’s also an incredibly melodic record as the deliberate composure of ‘This World Must Be Destroyed’ displays. The song has the ability to invert emotions from uplifting to hopeless within a simple key change and to devastating effect.

Destruction, Not Reformation is an album for night time contemplation. It’s quiet, relaxing and bizarrely beautiful. Not a record for the seeker of pummelling aggression but a remarkable addition to the ever shifting black metal landscape nevertheless. Highly recommended for experimental enthusiasts and kvltists alike, Destruction, Not Reformation is available from the Paradigms store now. Check the audio player to get a hold on album highlight ‘The Righteous is the Enemy of the Natural’.