Bird of Ill Omen Recordings presents this piece of apocalyptic wax that assumes the form of Antediluvian. Featuring yet more artwork by the band themselves, delivering a tightly packed aesthetic at 45rpm in a limited edition format of 200 copies only. The band describes the new material thus:

A treatise addressing the inception of universal matter and consciousness as the fatality of naught and the resulting psychic tendrils of de-creation protruded by the great husks of primordial waste that slobber in the stagnant pools of non-existence. Suffocating atmospheres devour light and time in a vortex of primitive occultic torture. This is the call, howled from the depths of Tartarus via the haggard throat of chained iridescence, to ultimate illumination through the mirrored abyss. 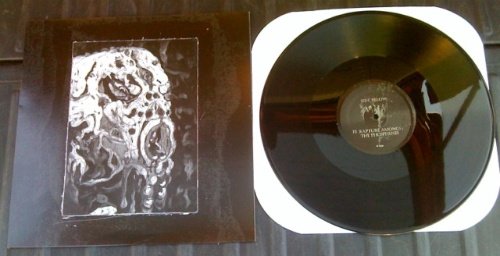 Order now from Nuclear War Now! Productions before the abyssal shelf your untimely existence depends on is swept away before you. Only death awaits.