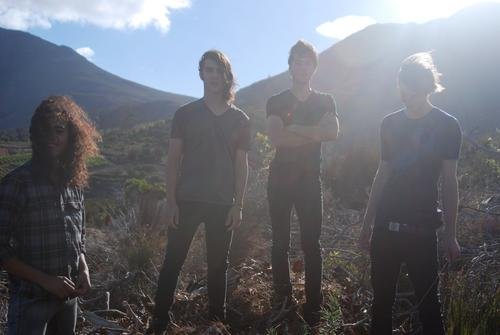 It’s rare for a band to make such an instantly profound impact on me but Heathens, from South Africa of all places, blew me away. And it’s even rarer for a newcomer to the black metal medium to display such a thorough and confident understanding of their music. Formed in 2010, Heathens started peddling a raw and thrashy form over two EPs, but with the advent of a new single this year, the band has grown into an atmospheric but decidedly old school entity. The leap between styles is unexpected for a band in its youth, but  a cohesive melodic brilliance ties their work together. All their music is available for free at the Heathens bandcamp. 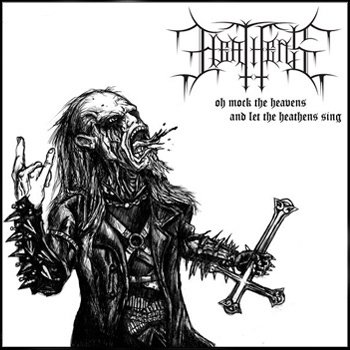 Oh Mock the Heavens and Let the Heathens Sing

The immense debut is a lesson in bombastic, raw black metal with huge grooves. Opening with the aptly titled ‘The Return’, Heathens make plenty of healthy nods to Bathory and Darkthrone, even going as far to have their own grim mascot adorning the cover. Over five tracks you are lead through frozen vistas of harsh clarity and memorable riffwork culminating in the colossal ‘Revelations’, which, with its reliance on fourths, sounds like a much-needed reincarnation of Judas Iscariot. The vocals are hideously strangled and throat-shredding throughout yet their precise delivery makes the blasphemous lyrics easy to tune in to. It’s a fantastic first attempt with a crisp yet vicious production and a unique identity already in the works. An upbeat cover of Sabbath’s ‘Iron Man’ is tastefully tacked on to the end to remind you to listen to the bastards from time to time. 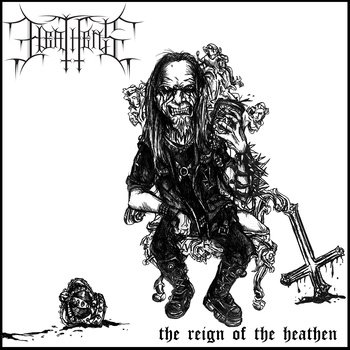 The Reign of the Heathen

The shorter follow-up opens with ‘Newborn (Awaken the Heathen)’, an ambient and acoustic introduction that, however pleasant, almost threatens to disappoint. But as it melds into ‘Forever Black’, a groovy bassline and the familiar thrash assault of the debut returns in full force, firmly clamping down on Heathens’ intentions. The title track is a simple yet enjoyable slab of the old school spirit, with soaring melodicism and impending doom available in equal measure. These first releases are in themselves a brilliant take on the traditional method and make plenty of worthy additions to the field of pure black metal. But their proficiency does little to prepare the listener for the stylistic leap they have made with this month’s single release. 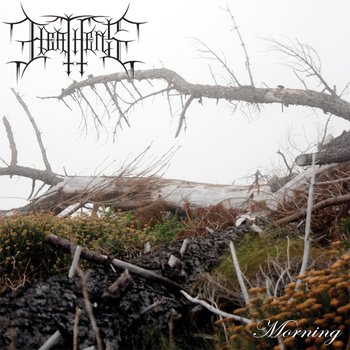 A clean guitar stands alone with the wind rustling through the trees and you may be forgiven for expecting typical WITTR worship to follow. Instead, Heathens’ characteristic rawness is firmly in place and although they have taken on a more ‘atmospheric’ guise, the song just improves as it goes on. Through the harsh, melodic shimmering of the opening moments, a call to battle is heard and riffs converge on deadly, fist-pumping thrashery akin to Aura Noir. Their ability to switch between these sections of moving melodies and pure black metal evil is stunning, making ‘Morning’ the most addictive track I’ve heard this year. Think the clarity of the latest Drudkh release and the pummelling assault of Taake and you may well have Heathen’s new sound.

There are so many different sounds and motives throughout this young collection of songs, but it’s all pulled off with skill and conviction. A full-length is in the works for June, so check out the early material and tell us what you think.