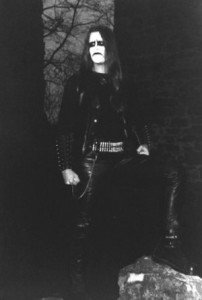 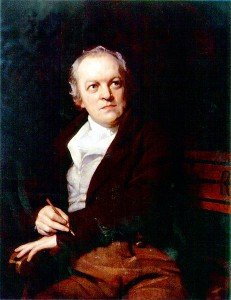 Our ‘Secrets of the Tune’ column is back at last for its third installment. If you missed the first two, you can catch up here and here.


Listening to Judas Iscariot’s works, I was always struck by the few snatches of lyrics I could make out through the aural morass: they had the ring of poetry to them, something beyond your average Black Metal fare. But if they were so goo, why weren’t they included in the liner notes? Wondering if they had somehow made it onto the internet, I typed in the few lines I could discern and had quite a surprise.

Now it’s no secret that Akhenaten used the poetry of William Blake for his spoken-word piece, ‘Portion of Eternity too Great for the Eye of Man…’ (from Distant in Solitary Night). But from what I can tell, it seems that almost all of Judas Iscariot’s lyrics are borrowed straight from Blake.* As just one example out of many, listen to the song ‘Babylon‘, while reading the following chunk of Blake’s To the Jews:

The fields from Islington to Marlybone,
To Primrose Hill and Saint John’s Wood:
Were buried over with pillars of gold,
And there Jerusalem’s pillars stood.

Her Little-ones ran on the fields
The Lamb of God among them seen
And fair Jerusalem his Bride:
Among the little meadows green.

The Jews-harp-house & the Green Man;
The Ponds where Boys to bathe delight:
The fields of Cows by Willans farm:
Shine in Jerusalems pleasant sight.

She walks upon our meadows green:
The Lamb of God walks by her side:
And every English Child is seen,
Children of Jerusalem & his Bride…

There you go – straight out of Blake. (I’ll give a prize to any reader who can find another Black Metal song that mentions Islington and Kentish Town. And no, you can’t just record one yourself.)

Taking your lyrics from a poet like Blake is, if you ask me, a pretty nice idea. Very often they fit the mood, and are a damn sight better than the lyrics Akhenaten penned himself on Heaven in Flames. What’s really interesting, though, is that he doesn’t just recite passages of a poem: very often he picks phrases out at random. Listen to ‘I Awoke To A Night Of Pain And Carnage‘ (from To Embrace the Corpses Bleeding) while reading the start of Blake’s Tiriel. He’s screaming nonsense, but it sounds grim enough to fit the bill. Just don’t try and find any deeper meaning in it.