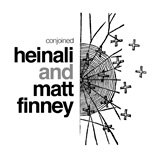 So we’re barely a third into 2011 and it can already be described as a whirlwind year for our boys in Heinali & Matt Finney. Soon after we fell in love with Conjoined, the duo was quickly snapped up Paradigms; a partnership we cannot fault in any way. Artwork has been reworked and the CD, limited to 500 as always, is available for purchase from the Paradigms store as of today! If you didn’t already grab the album in some form when it was first released, pick it up; Paradigms’ releases are always of the highest quality, and if you need even more reason to do so, read the review here.

But as the band cannot stand being idle, even more is planned as the year unfolds. We’ve already talked with Heinali & Matt Finney regarding the release of the follow-up Ain’t No Night and with this album the band has cemented themselves as an ever-shifting body. While Conjoined was dense, melodic and song-based, Ain’t No Night sees the pair exploring sparse and ethereal soundscapes revolving around a loose interpretation of the blues. Finney’s moving and maudlin lyrics are clearer and more up front than ever before, shedding a repulsive light on the frustration and heartache that has become a hallmark of the project’s approach. Ain’t No Night is slated for a late-spring release through Paradigms. 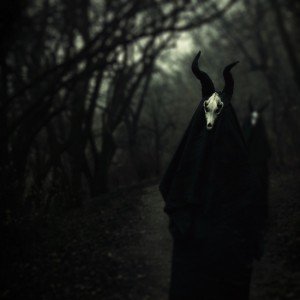 And if that wasn’t enough, the pair has also contributed a piece to accompany an exhibit by avant-garde photographer Olia Pishchanska (pictured). Dreamcatcher yet again sounds unlike anything the band has explored before. The two tracks, ‘Lucifer 1’ and ‘Panopticon’, number among some of their very darkest and abstract work, ranging from cavernous ambience riddled with strange electronic loops, to chaotic drum machine battery and plaintive keyboard lines. These excellent compositions will be available to the public through a pay-what-you-want download in order to fund artwork for an upcoming release.

On that note, Heinali & Matt Finney’s stranglehold on the underground is set to continue. This week the band signed with Handmade Birds for their fifth album, the record label of Rich Loren from experimental luminaries Pyramids. Yes, fifth. These guys have been plying their unique sounds for a long time now but it seems that 2011 is truly their year. We can reveal that the title of this work in progress will be On Mercy’s Shore. Artwork is to be provided by fellow LURKER conspirator Black Uroborus, whose rotten, earthy designs should prove a perfect match for the moral decay highlighted by Finney’s depressive poetry. Look forward to a review of both Ain’t No Night and Dreamcatcher coming soon on LURKER.