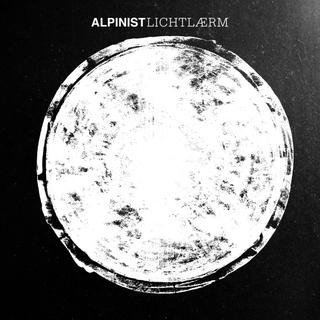 This review is way overdue: it’s been a good six months since I first ranted enthusiastically about this record, but with a second pressing newly out (the first run of 1000 sold out instantly) and the band’s recent signing to Southern Lord, now seems as good a time as any to fire out a panegyric.

Over the last few years the German underground has birthed a whole scene of bands playing a modern take on crust, and Alpinist may just be the best. Their dual vocal attack alone is a force to be reckoned with, let alone the spot-on instrumentation, which features some of the best drum work in hardcore today.

2009’s Minus.Mensch was an absolute stunner of a record and a tough act to follow, but the more ambitious approach on Lichtlærm has paid off. At its core, it’s still as furious and pissed-off as its predecessor, but packs in a lot of unpredictable turns. Alpinist know that to appreciate speed you need contrast, and offset their high-velocity d-beat assaults with a range of slower movements. And this does the trick just fine: just as you’re settling into a mid-paced groove, Alpinist will plunge at the drop of a hat into a careering rampage to remind you who’s boss.

When things slow down, Alpinist throw in a lot of extra nuance and texture that make me think they’d do a decent job of post-metal, too. The album’s two instrumentals, the brooding, low-end-heavy Licht and the climactic closer Lærm showcase that other side of the band’s talent and are carry just as much weight as any of the songs proper.

Southern Lord were right to snaps these guys up. I’m kind of disappointed to see that they’re reissuing Minus.Mensch and Lichtlærm together on a single disc, since both albums are nines going on tens and deserve to be heard individually. On the other hand, the band’s best work will now be easily available and very affordable. Plus, if the label’s going to help get these guys on the road, who can complain?