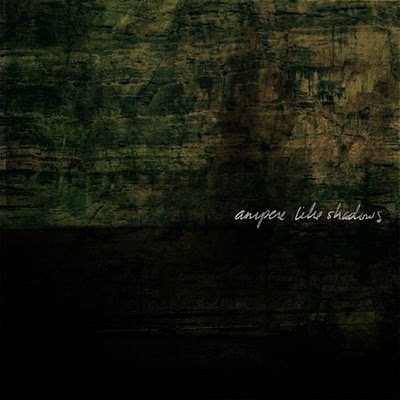 Things have been pretty quiet in the Ampere camp over the last five years. After serving up some of the best screamo of the 2000s, the band, led by tireless scene veteran Will Killingsworth (Orchid, Bucket Full of Teeth, Clean Plate Records), vanished long enough for me to assume they had broken up. What a treat, then, to discover that they’re back in action with a stunning new LP. I don’t know whether Like Shadows (No Idea Records) is the product of five years of writing, but I can well believe it: for all its brevity (15 songs in just 13 minutes), the album is stuffed with complex riffing and rhythms. Almost every bar brings a new time-signature change, and at the speeds this band are playing, the result is nothing short of mind-blowing. There’s so much going on here that it took me about ten listens to unpack. Hard as it was to realise at first, this album is made up of excellent songs. During their five years away, Ampere have turned from a violent but ultimately melodic act into a ferocious and often dissonant beast. No more peaceful instrumentals; not one moment of mellowness.

That’s all that’s changed, though. That strong sense of melody is still there. It just takes a bit of unburying. It’s a great testimony to Will Killingsworth’s talent that for each of his projects he could come up with a new and distinctive approach to the guitar, both in riffing and in tone. In contrast to the octave runs of Orchid and the grinding powerchords of Bucket Full of Teeth, Ampere’s guitar lines are a more subtle affair. Higher-register melodies shoot out every now and then, but most of the time Killingsworth dishes out rich chord progressions with lots of open strings. And despite the sheer violence of it all, Ampere rein in the distortion, leaving the parts nice and clear.

As I said, this is an album of songs, not just segments of a bigger whole. Among my favourites are ‘Chasing Ghosts’ and ‘The Submerged Tenth’, which show off a perfect balance of melody and motion sickness-inducing rhythms. I’d love to see how audiences react to these new songs. I can imagine a crowd of punks standing completely still (how do you move to rhythms this unstable?), too busy having their faces blown off to try and dance. There are exceptions, though: album highlight ‘Flightless’ starts slow and then explodes in a way that could stir up any live crowd.

Anyone who was put off by the ‘screamo’ tag has nothing to fear. If you loved Gridlink’s Orphan then this really can’t disappoint. Like Shadows might not offer the same display of shredding skills or grinding percussion, but when it comes to sheer ferocity and structural detail, Ampere could take on Gridlink any day of the week. Ignore this at your peril.