Australia. Home to some of the most aggressive, belligerent and under appreciated metal bands of our time. Last year we ran a feature on Australian death metal and what you might be missing out on. Here we present three underground black metal oriented acts that channel the antagonism of the Australian death metal scene to great effect. After exchanging some words with one Dan Nahum, I received a package of aural assaults that compliment the Australian paradigm of no compromise metal perfectly.

Bleakwood, Azoth and Greed & Rapacity have respectively honed their crafts to be intentionally heavy, as Dan comments ‘it’s simply not worth playing extreme music unless the delivery is commensurately extreme’. Drawing influence from the usual canon of Australian thrash/death acts (Impetuous Ritual, Bestial Warlust) and Canadian war metal acts (Axis of Advance, Revenge, Blood Revolt), Dan shares Chris Ross’s (of Revenge) idea that the climactic and environmental extremes of Australia and Canada influence the similarities between scenes. LURKER took some time to expand on the ideas and music of these acts and bring you an introduction to these highly recommended acts of aggressive, deranged metal. Accordingly I have divided the article into three sections. The Sermon (Bleakwood), The Spell or Miasma (Azoth) and The Expulsion (Greed & Rapacity).

Aggression reigns supreme in Bleakwood. Blood & Faith, the bands 7” EP available from the band directly, is a wildly eclectic amalgamation of orthodoxy, raging cacophony, maxed out vocals and feedback-enriched textures. Proceedings follow no stock plan on achieving their end. Tracks are wildly unpredictable as the rhythmic thumps and Axis of Advance type guitar work provide jaunts and jumps in sound.

The conviction on show here echoes the underlying philosophical framework explaining that ‘Bleakwood’s purpose is to turn late-modern or postmodern ennui, nausea and alienation upon itself (and I readily acknowledge here that black metal is a particularly post-modern artform) by simultaneously identifying these factors but also pointing to a current of darkened animism which imbues and powers existence, including human existence.’ In a word then, Bleakwood seems to be some vehicle for positively reinforcing existence in the face of its inherent absurdity.

This is the solo project of Dan Nahum and showcases an impressive array of sounds within ideas in the EP’s short running time. Reasonably technical Black Metal with innumerable tempo changes and nods to tremolo picking, arpeggios and power chord schematics. Tasteful use of synth haunts the recording and in the final death throes a doomy ambience and snarled voice bring the EP to its unbridled 20 second climax/end. You can stream the EP at the Bandcamp page. 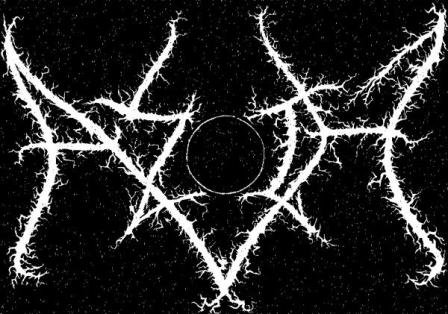 There is a rolling discordance that lies at the heart of Azoth. Guitars alternate between chainsaw buzzfuck feedback oppression riffage and more refined, ascendant tremolo picking so at home in Deathspell Omega recordings. The bass follows similar suit, occasionally appearing unmasked from the deluge of feedback to reveal a scale or two. The drums are unflinching in their mannerism. Relentless oppression of skin and bone, they ebb and flow at the musics command, occasionally revealing chasmal double bass vibrations before following guitars into one monolithic riff gesture that crowns the entire track.

Encircling the whole EP is this boundlessly black abyssal realisation of pure convocational might. Azoth definitely fall on the majestic side of aggressive, occult black metal. Babalon is the highlight of the EP combining all of the aforementioned hallmarks into a six minute aural assault of blackened aggression. Riffs seem more honed and directed. An unerring fall into naught that holds the promise of a bleak future.The self titled EP is available now through Tactical Solutions Recordings. Like the bands Facebook page for news. 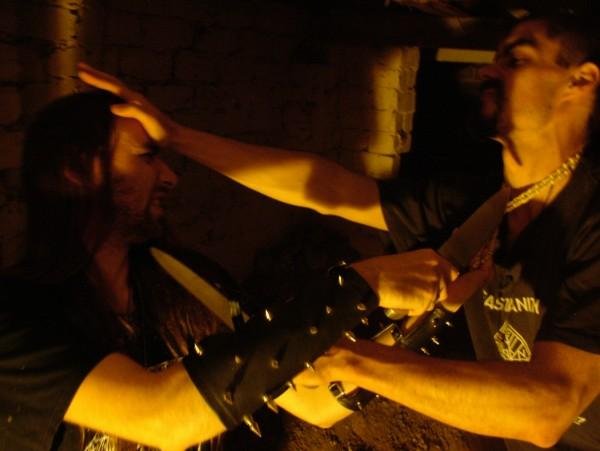 Frantic riffing that lurches between black and death metal, tremolo and power chord, furling insanity and lucid clarity, Greed & Rapacity is a challenging foray into frenzied metal. Featuring a sound and feel not all dissimilar to Sacramentary Abolishment, these guys represent a war metal ideology in blackened body. There is plenty of angular, jaunty and at times Taakesque guitar work on display within the lunacy given shape and direction by the insanely confident drums.

‘In spontaneity there is genius’ could be the guiding principle behind Greed & Rapacity, who place a large amount of importance on the original, unedited directions their ideas take: ‘When working with this project, we try not to second-guess ourselves too much, and we hope that in turn what comes across to the listener is an adventurousness, mercilessness and aggression which is simply unavailable to the great majority of songwriting-by-committee and production-by-numbers so-called “extreme” metal bands.’

There are hidden moments of lucidity too where Greed & Rapacity find a groove before breaking back into cacophony. Ergreifer is mainly a very aggressive and unsettling experience though, with very little immediately discernable structure (although, trust me, it is there). Just listen to the vocals. Above and beyond the possession we have come to expect from black metal, they snarl, hiss, scream, wail, howl and claw their way to the top of the mix. ‘Fortunate Son’ can be streamed at the bands Myspace now.