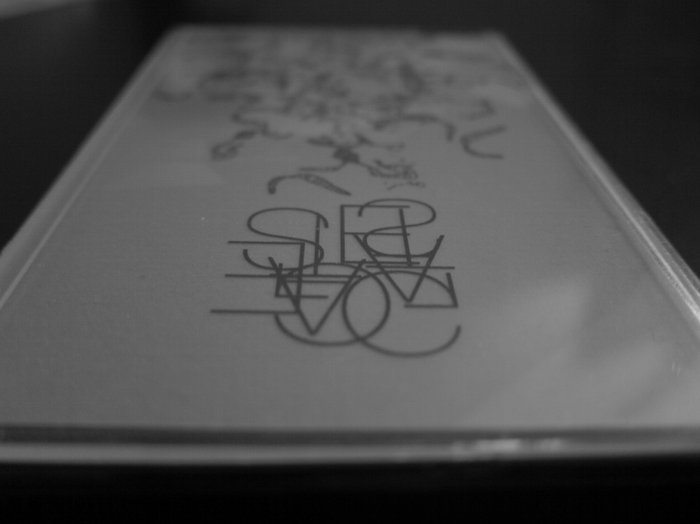 The Prevailing Wind is intended as a companion piece to LURKER’s favorite ambient drone release of last year, Moths Have Eaten the Core. Presenting an assault of subdued melancholy that haunts the waking mind. Bryan W Bray conjures subtle, tense melodies intended for evenings of melancholy contemplation. The incantations found within this double sided cassette represent the capabilities of the drone and ambience tags with gusto. Mastering textures, levels and progressions of sounds, manipulating the manifold tensions and (lack of) releases throughout and delivering a journey with great depth and scope, The Prevailing Winds sees Gates at their finest. 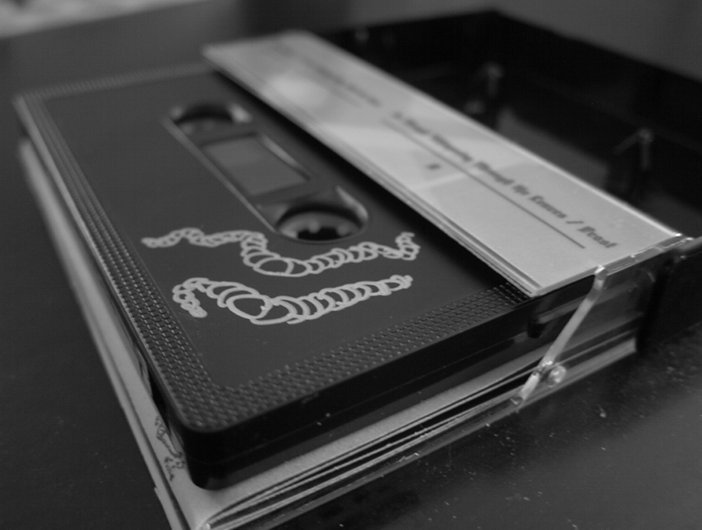 Side A. Crackles that hiss with the passing of magnetic tape. Analogue fumes. Slowly background radiation disseminates to reveal subterranean passages of drone. Feedback cusps the still rotating wheel. Remnants of static. Four minutes in, textures deepen. Low, apocryphal vibrations from metallic strings. Monotone chants. An arching procession of notes. Voices. Shrouds. Psychedelic hues caught in the eye of the beholder. Worship at the altar of kraut rock before sacrificing your preconceptions of drone.

A pale shadow can still be seen. Tensions build! Notes oscillate as they come into focus. Something lurks beneath the surface. It moves. Vehicles pass. Drone and the distorted low end of a guitar never quite make an appearance. One haunting vigil into the life of the stalked. The tape is reversed. Side B. Haunting ambience underlined by the cold chill of guitar howls off somewhere in the distance. Caught in the penumbra. The coming wind. Closing track ‘Frost’ like something from a Paysage d’hiver cassette.

The Prevailing Wind is a milestone in the development of the drone/ambience genres. Highest recommendation possible. Bryan W Bray is master of his craft. The packaging, artwork to accompany this release are of the highest quality too. No reason not to support. Check the Gates Bandcamp page to listen to some tracks.