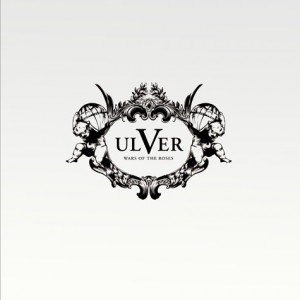 It’s hard to know what to expect from a new Ulver album. No two have covered the same turf, and I’m pleased to say that Wars of the Roses fits that trend. Setting their course mid-way between the energy of Blood Inside and the melancholy of Shadows of the Sun, Ulver have found a perfect canvas for their experimentation.

While I enjoy Shadows, listening to Wars reveals everything that was missing from its predecessor. Shadows sounds to me like instrumental ambient record with a load of vocal ideas thrown on top: strip the tracks down to their basics and what you’re left with barely resembles a song. On Wars they’ve taken the opposite approach. At the heart of every track is a great song, a starting-point to head off from on some strange and new adventure. Ulver give you just about long enough to settle into the world of a song before they transform it into something utterly different. Take the eight-minute ‘Providence’. Beginning as a moody piano-ballad, Garm’s crooning complemented by the urban liltings of Siri Stranger, the song grows into a busy, percussion-driven assault, then disintegrates into a drone piece built from the guest croaks of Attila Csihar.

Wars also boasts some really impressive drumming, a far cry from the minimal percussion that peppered Shadows. No, this is intense stuff, with several songs showing some of the niftiest footwork this side of the Trilogie. 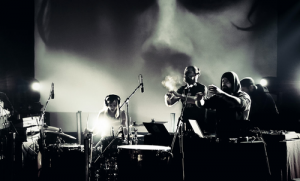 In fact, the word ‘maximal’ fits the whole record to a tee. At any one moment there is so much layering going on that it’s impossible to follow it all. Hidden flourishes of brass, organ, gamelan and a host of other instruments rear their heads for a moment then disappear. Each song must be made up of literally hundreds of audio tracks; and perhaps surprisingly, the result is always expansive, not stifling. In all of their post-Trilogie work Ulver have proven themselves as master orchestrators and programmers, but this is their finest moment yet. (I suspect new band-mate and established ambient guru Daniel O’Sullivan deserves much of the credit for this.) Even if you ignore the strength of the songwriting, Wars offers hours of replay value for anyone with an ear for detail.

After half an hour of brilliant songs, Wars unleashes its greatest weapon, the fourteen-minute closer ‘Stone Angels’. Over the top of dense and luscious arrangements, O’Sullivan reads out Keith Waldrop’s long poem of the same name (yeah, I had to look him up too, but I’m glad I did). If I’ve got it right, the poem describes the thoughts of a visitor to a cemetery (hence the title). It picks apart man’s place in the cosmos, setting our momentary existence against the eternal:

away each object – without destroying

its position. Ghostly then, with

contents gone, the vacuum will not, as you

worse than anything you know, seven other dimensions

curled into our three.

It would be wrong to call the music an ambient backdrop. As with the rest of the album, there’s far too much interesting stuff going on; it’s hard to know whether to focus on the words or the music, but that’s a very nice problem to have.

I have no reservations in saying that this is the most compelling of Ulver’s post-Trilogie output, and one of the most satisfying surprises of the year so far. Even if you gave up on this band long ago I’d give it the strongest recommendation possible.