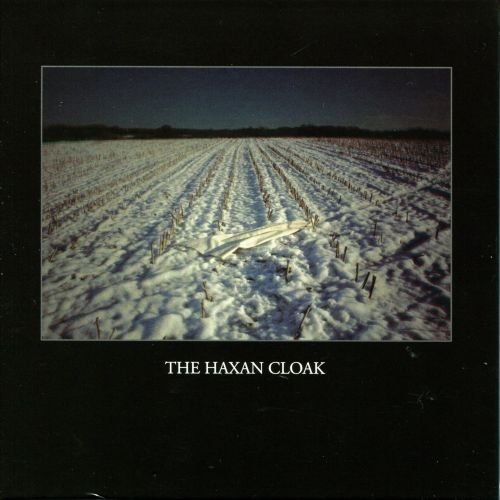 Another year passes and Aurora Borealis unleashes another raft of typically challenging, genre-defying projects upon the world. The self-titled debut album from The Haxan Cloak was released way back in February, but it has taken months of bi-weekly rotations and meditation to finally grasp the words appropriate for such an incongruous and original work of art. For the uninitiated, The Haxan Cloak is the brainchild of one Bobby Krillic, a London-based composer who holes himself up in a studio in his parents’ garden with just a fleet of instruments for company. From this bunker he constructs the strange, intricate and darkly beautiful vigils that have become the fabric of The Haxan Cloak.

It is counterproductive to use genres as reference points to describe Krillic’s work. As an artist, he is not bound by such nebulous and predictable frameworks. Instead, with a string quartet as a driving force, improvised percussion, drones and plentiful ambience, a dreamlike narrative unfolds. The Haxan Cloak is an intensely visual experience, and for this reason the album must be given the listener’s full attention. There is no underlying concept to aid interpretations either, just a composer possessed by a need to make this utterly unique strain of music. So when approaching this body of work, prepare for a wild trip into the unexpected.

The wide palette of sounds on display simply set the imagination on fire. At the forefront, of course, is the string section. All played live, each instrument works together closely to create a dense melancholy atmosphere. No light escapes it. In fact, this aural darkness is only emphasised by the album’s detailed production. Claustrophobic, loud and threatening, it feels as though with each bowed note the ceiling gets lower, the walls close in and menacing stalactites emerge. It is music for cellars, for abandoned buildings in the thrall of decay, or, my own interpretation, for the dungeon.

My trip into the recesses of The Haxan Cloak feels much like a descent into the heart of a mythical mountain. An ancient horror lurks beneath the droning miasma and the mournful melodies carry a sense of occult ritual that breathes heavily down my neck. Each piece seems to signify a deeper level of the abyss, passing weird and wonderful sights, smells and sounds along the way. The melodies only darken as the journey downwards continues, magma bubbles, noise reaches fever pitch and the percussion groans, creaks and scrapes like some giant, archaic machine of a forgotten age mining an unidentified treasure deep below the earth’s crust. Dwarven voices call out, chant and observe rituals as they work the crumbling caverns. And at the very end of the narrowing passage, an insidious cult awaits your arrival for purposes unknown.

Krillic has said in interviews that he has more pride in this record than anything he has done before, and rightly so. There is no point in picking out highlight tracks for your benefit because the album works so well as a unified piece, cinematic in scope and expansive in vision. There is no dipping in and out permitted; it must be listened to in its entirety. Lying somewhere between the chamber doom of Univers Zero and the industrial pounding of Blut Aus Nord at their most restrained, this is an obligatory experience for any left-field enthusiast. You can hear a few tracks from this location.