Sheffield, UK. It may be designated the North of England but the city lacks even a semblance of Northern spirit. The amount of worthwhile acts from this frigid industrial wasteland can be counted on one hand. Anyone else could tell a different story though, citing everything from “indie” muppets Arctic Monkeys or Pulp, to mallgoth epitomisers Bring Me The Horizon. Savour this moment. It is the first and last time these abominations will be mentioned by LURKER. In terms of shit music, the list could go on and on, but scrape away the filth, squint a little, and the first rumours of a genuine underground movement come into focus.

Congregating around the Frequency 13 label, a group of like-minded musicians are exploring the vast realms of what can only be described as “black psychedelia”. The idea isn’t entirely uncharted; projects like S.V.E.S.T., Oranssi Pazuzu, Yoga and Murmuüre have all shared brilliant variations on the theme. However, the difference with the Frequency 13 cult is that the “metal” has been stripped away – at least, the emphasis on metal.

It is always lurking, omnipresent, but does less to actually influence the musical direction of the artists involved. Instead, the Frequency 13 brotherhood tends to veer more towards electronics and, although dirty words to most of the metal community, terms like dance, trance, dub and industrial are openly embraced across the label’s expansive roster, but always shrouded in a nauseating blackened menace and, at times, the crushing tones of the most funereal doom.

Co-founder Dave OBM (of Black Vomit, Rraapcek, Unholy Warlock and Kve) elaborated on the label’s purpose: “Black psychedelia is a sort of catch-all phrase that we can lump ourselves under, but as with any label, it’s not 100% what we are. Frequency 13 was set up back whenever it was to get our music heard. We didn’t want to bother with all the bollocks of trying to get someone interested in releasing it or not, because we thought if we do it ourselves we could get our stuff out there.”

It is this immovable DIY spirit that has struck a chord with LURKER, a burning passion evidently ignited years ago. “The label, bands and projects came together gradually over time,” he continued. “We all had a shared love of metal, but we weren’t one-dimensional metalheads.” As a result, the label’s sound reveals such a unique thoroughbred that there must also be some environmental reason for it. Dave explained that the collective is insular by nature: “We are mainly from Sheffield, but through contacts we have found like-minded souls who have had releases (Kptmichigan, Torture Gnosis) and joined us on the Audio Apogee label compilation (Ydintalvi, Brobdingnagian, KPT).

“We’ve had occasional contact from folk wanting us to release their music, but I guess for me at least, we are here by necessity and I’d rather do music than piss about writing to folk, sorting artwork, printing, posting, burning etc. So generally, unless we hear something amazing, it’ll just be associates that we release.”

It’s clear to see Frequency 13 don’t really give a fuck about you, your music, or anything. Rather, they are possessed by a need to create, record and document the rituals of an unbreakable, close-knit cult as efficiently as they can. It’s admirable. Add to this a penchant for psychedelics, which Dave believes is “a reason alone for listening to many kinds of music”, and we’re starting to get closer to the conditions under which Frequency 13 was spawned. But their reckless devotion to drugs and output also has its hindrances. Artwork has suffered slightly under disinterest in the day-to-day running of a record label, as Dave’s straight-talking manner attests. Some covers are garish and easy, but also strangely apt for the deranged, euphoric epics Frequency 13 churns out.

These elements fall by the wayside because the label is less interested in a product it can make for you, but more in what art it can create for itself. Every release – 21 so far – has been uploaded to their bandcamp for streaming and download at a meagre fee. Physical copies can also be obtained through the Rhesus distro, which incidentally has a great range of other CDs on sale too, but when the goal is simply to be heard by happenstance, maintaining a digital front is a sure-fire way to achieve this.

“We are people who do music regardless of anyone hearing it,” Dave said. “Fame and fortune don’t interest us and we were all doing music before this and will after. I guess it was a case of seeing all this great music being produced by fairly unsocial people who wouldn’t bother trying to get it heard, so we figured, we’ll get it heard, if only by a minority. I’m sure we could get more people hearing it, but I’m not a socialite, so my missives to places like yours are few and far between.”

So, what can be expected of the music by this serotonin-bound brotherhood? Frequency 13 recently unveiled three new records by Ice Bound Majesty (co-founder Bleek’s project), Dukkha and Black Vomit, so light that bowl, drop that tab, hell, huff some ketamine for all LURKER cares, and let’s take a look, shall we? I might add that all the releases are unlike anything I’ve heard before. 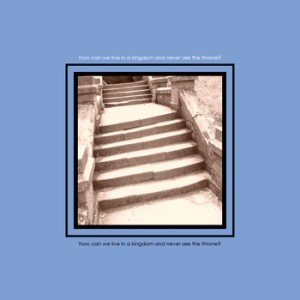 From the evocative moniker to the album’s doomy twists and turns, Ice Bound Majesty has nailed something special. The pace is set by opener ‘Bespoke Negativity’, where quiet and moody electronica is confronted and consumed by colossal waves of guitar drones and grating vocalisations, gradually slipping under cold but blissful ambience. Hereon, Ice Bound Majesty introduces its unique melding of industrial, noise, trance, black metal and doom. It’s impossible to predict where …Throne will take the listener, when one moment you are being slowly ground to dust beneath the heaviness, lost in a hushed keyboard refrain the next, then suddenly traversing the off-kilter complexity of a drum machine.

It’s a challenge to describe, but trickles of Prurient, Blut Aus Nord, Bohren & der Club of Gore, Aphex Twin, Xasthur and Jesu all somehow filter down through these bewildering compositions at various points. Addictive yet nauseating, I’m now looking forward to finding the time check out the 2007 EP. To quote founding member and ex-LURKER Nick: “It’s making me feel bereft and a bit sick, but, you know, in a good way.”

Winner of the “most appropriate album name” award goes to Dukkha, whose disorientating take on Blazebirth Hall for the dancefloor is, simply put, terrifying. The hypnotic repetition of the clicking beats creates an almost krautrock-esque vibe, which drives through the heart of noisy guitars and technicolour drones without discrimination. Riffs will flail aimlessly in a dissonant netherworld, only to regain focus and return with malefic intent. But much of the album is more based around extended drones, lulling ambience and gradual development rather than structured, identifiable moments of metal.

‘Grim Disco’ is actually one long song – over an hour of non-stop psychedelic noise – lending it the guise of a club mix. I don’t go to clubs any more, but if I did, I’d want Dukkha to DJ. Perfect music to take drugs to, yet also bound to cause a sinister and harrowing trip. If you do take plunge, remember, it’s not forever.

Black Vomit – Let It Come Down 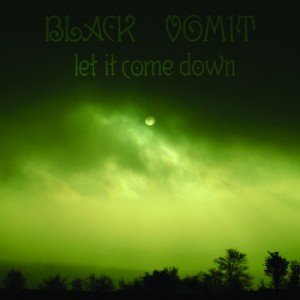 Black Vomit’s unearthly mix of dsbm, idm and dub is a surprising leap forwards. Multi-layered symphonies of reverb-drenched guitars, keyboards and drums blaze outwards from the early moments, in what is perhaps the most blackened release of this triptych. The metallic assault reaches dizzying heights as spoken word penetrates the undulating bass, but it soon becomes apparent that Let It Come Down has more to offer. Electronic drums take hold with intricate, synthetic beats that snap and warp across the tracks, blurring the album into one long, stoned haze.

But between the industrial nightmares and ambient abyss, moments of organic beauty slip through in the form of solo guitar contemplations and eerie poetry. Sparse, raw and daring, Black Vomit exceeds all expectations of a project stretching boundaries to their limits.

Although this hallucinogenic legion proclaims allegiance to the black psychedelia banner, there is no inter-mingling of sounds between these latest efforts. Not once do the bands cross paths, leading to the belief that there are yet more gems to be discovered within Frequency 13’s discography. This is three new releases – there are 21 in total. If you do the maths, that’s hour upon hour of listening enjoyment exploring the darkest nooks and crannies of what is clearly a visionary project.

LURKER implores artists, illustrators, musicians, labels and other DIY madmen to reach out to Frequency 13 and see if they can be coaxed from their grim enclave. Donate your services and something special will flourish. It is up to all of us, we purveyors of the underground, to carry on building contacts, ideas and art so that we can leave a legacy to be proud of, and one worthy of the legacy that was left for us.