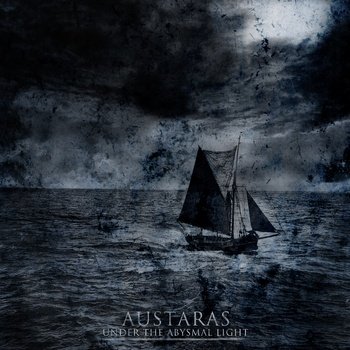 There is an incestuous scene at play that has been slowly filtering down through LURKER for a while now. Firstly, John Kerr of Vit (and a guest musician on the Aphrenous release) passed on recommendations of his friends’ progressive metal band, Austaras. Then I discover none other than Niels Geybels provided their artwork, only a week after he had received an honourable mention in a previous review. When distant groups of people club together and make stirring art like this, we are only too happy to oblige with a few words on it.

Before I get overly sentimental at the burgeoning enthusiasm of the underground, it’s important to state that, namedrops aside, Chicago’s Austaras bring the metal on their own terms. The band wears their influences on their sleeves, but fortunately for them each nod is to several of my all-time favourite acts, each bridging various extreme sects of heavy metal, brought together in one heady, entertaining stew by Austaras.

Their self-released debut EP, Under The Abysmal Light, is mainly rooted in the black metal form, yet limiting Austaras as such is a disservice to their expansive sound. Across three tracks, all over eight minutes in length, disparate territories like thrash, doom, folk, sludge and even post-rock are all skilfully conquered by these young musicians.

Take opener ‘Ash To Stain The Ground’, which blasts forth with a riff reminiscent of later-period Arckanum – thrashy, melodic and fraught with a dramatic tension that feeds off the panicked pace of the bass and drums. But the weighty chug soon dissipates into cascading, folkish hymns that only draw out an insistent Drudkh influence. Raging guitars and deep groans guide the piece through a tumultuous and dynamic midsection, before settling into an acoustic accompaniment with a soulful electric lead of which Opeth would be proud.

Under The Abysmal Light sets itself the mammoth task of aligning several strains of post-millennial metal developments, but the EP tackles the challenge decisively. For instance, ‘Wreck Of Hope’ introduces a more staid, atmospheric side to Austaras’s attack, sparking fond recollections of Neurosis at their most rocking. The track trades off epic, heavy riffwork with cold black metal majesty effortlessly, then glides into what can only be referred to as a ‘breakdown’. During this passage, there’s a point where the bass shifts key and a fleeting moment of pure beauty unfolds, but it’s short lived as the guitars pick up once more in a driving fragment led by a gloriously uplifting vocal performance.

As the longest track at 11 minutes, ‘Spirit Farewell’ is a perfect end to a rather inspired EP. A furtive acoustic phrase introduces a twisted, aggressive riff that defies regular rhythm, setting the scene for the immense waves of folk metal to follow. The crisp, distorted guitars are bolstered by the same acoustic regiment, which eventually takes its own moment in the spotlight around the halfway point, showcasing a knack for delicate, neo-classical composition. And towards the end, soaring guitar solos and crushing guitar passages come to a head, culminating in an exhaustive and emotive whirlwind.

Herbst of Lantlos has done a fine job of mixing and mastering Austaras’s debut. Each layer rings with clarity, allowing the listener to follow the complex individual movements of each instrument closely as they weave countless memorable moments throughout. In the dying embers of the final track, it’s hard not to anticipate at least five more songs, but unfortunately we may have a wait on our hands. The band displays a thorough knowledge of the direction in which they want to go, but it’s also clear that they have drunk deeply from the font of luminaries like Opeth and Wolves In The Throne Room. While this is by no means a bad thing, perhaps a forthcoming full-length will build on the strong foundations already in place and guide Austaras towards a sound that they can truly call their own. A tastefully designed CD can be purchased from the Austaras bigcartel page, along with some other merch. 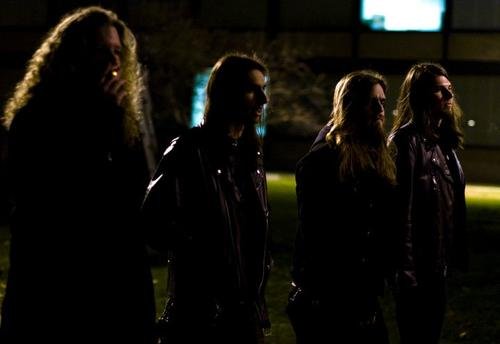