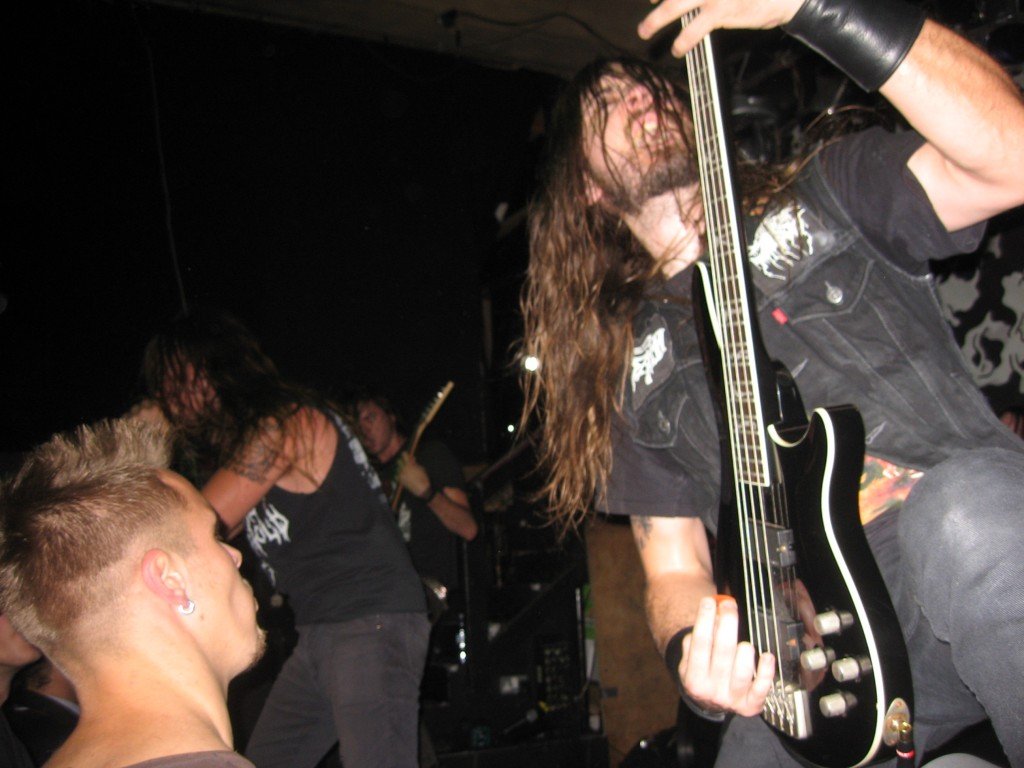 It never really crossed our minds to review Cannabis Corpse’s latest opus, Beneath Grow Lights Thou Shalt Rise. We just assumed everyone thinks they’re as awesome as we do, rendering our praises pretty useless. The band has had a special place in our collective hearts since their break-out hit Tube Of The Resinated (2008), which swiftly became our road-trip soundtrack of choice, especially when we knew there was a smoke waiting for us at the other end. Ah, memories of a bygone era. To put it lightly, I couldn’t wait to see them in action.

Like tendrils of smoke creeping from the bong, Cannabis Corpse’s profile has risen with this new effort, as proved by the cohorts of stoned idiots filing into The Purple Turtle on my arrival. Two bands warmed the crowd up, Necroriser and Astrohenge, both from London. Well, three bands, but it took me a while to snap out of my party stupor and I was late – apologies to Cavity Search. 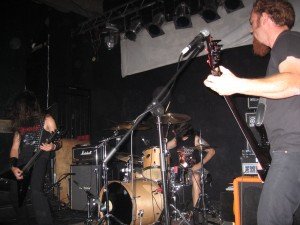 Necroriser took to the stage and proceeded to blast and blunder their way through a set of uninspired death/thrash. Being introduced to music live can go either way, like the other week’s show where Rob and I were struck dumb by Finnish death metal troupe Lie In Ruins, but in this case the whole thing fell flat. Beset by technical problems (a blown amp) and musical fuck ups (the cardinal sin of playing live), Necroriser floundered before a bemused crowd. The flame-bearded frontman and bassist did his best to inject some enthusiasm into the room, but his weak gang chants were not reciprocated. When they were in the zone, Necroriser’s skills were obvious with scorching guitar solos, bruising power chord mastery and a tight rhythm section churning out the short, pummelling songs. But, disappointingly, there was nothing on display here to write home about. 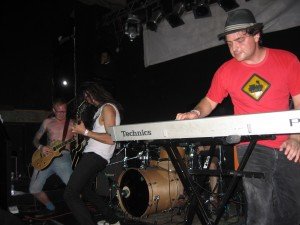 Penultimate act Astrohenge stuck out like a sore thumb. Given the show’s explicit stoner vibe, someone must have thought it’d be a good idea to put these instrumental psych-merchants on a death metal bill. They weren’t far wrong. Eyebrows were already raised at the two lengthy synthesizers that had been wheeled on stage, then Astrohenge launched into their strange brand of psychedelic, progressive metal. Drawn-out atmospherics introduced each piece, which then developed into complex, winding epics, and watching the keyboardist’s gleeful expressions as his fingers fluttered over the claviers was certainly memorable. The only problem was I fear some of the band’s power was lost in translation to the stage. As an instrumental group, their stoner wig outs were difficult to follow for newcomers, but when Astrohenge sunk their teeth into a great riff, it was enthusiastically received by the nodding masses. 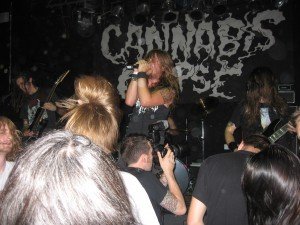 With the hit-and-miss opening acts behind me, I was frothing at the mouth for some dictionary-definition death metal, and Cannabis Corpse arrived in the nick of time. Marijuana gimmicks aside, what astounds me about this band is that while so many death metal bands of the moment are overemphasising a blackened element, the Corpse play it as intended and with a rare confidence. Blistering, frenetic chops and pitch-perfect song writing is what makes each release so genuinely entertaining, and to see these gory odes to the herb performed a foot from my face was probably the most fun I’ve ever had at a gig. As soon as Cannabis Corpse clambered on stage, the socially inept crowd surged forwards and the mosh fans showed their colours, all of us falling under the spell of sheer technical brutality. Humorous anecdotes from frontman Weedgrinder set the scene for each bludgeoning track, among which back-catalogue classics like ‘Mummified In Bongwater’, ‘Every Bud Smoken’ and ‘Shit Of Pot Seeds’ stirred the crowd into a particularly ravenous fervour. The chunky guitar work and excellent lyrics of ‘Slave To The Chron’ also stood out as a moment of brilliance. At frequent intervals the wonder drug was condoned and we were asked if we were stoned, to which a resounding “YEEAAAAHHHHH” boomed across the venue. Cannabis Corpse had done their work here. Strangely enough, as I vaulted the stairs of the tube station on the way home, a security guard was charging towards figures in the doorway in pursuit of a familiar scent. “Come on mate,” the accused pleaded, “it’s just a bit of weed.”

As a bonus, scroll down and you can witness 1 minute, 22 seconds of death metal 101! Note the dude at the end stealing the band’s water supply and pouring it all over his face. Caught on camera, dickwad! 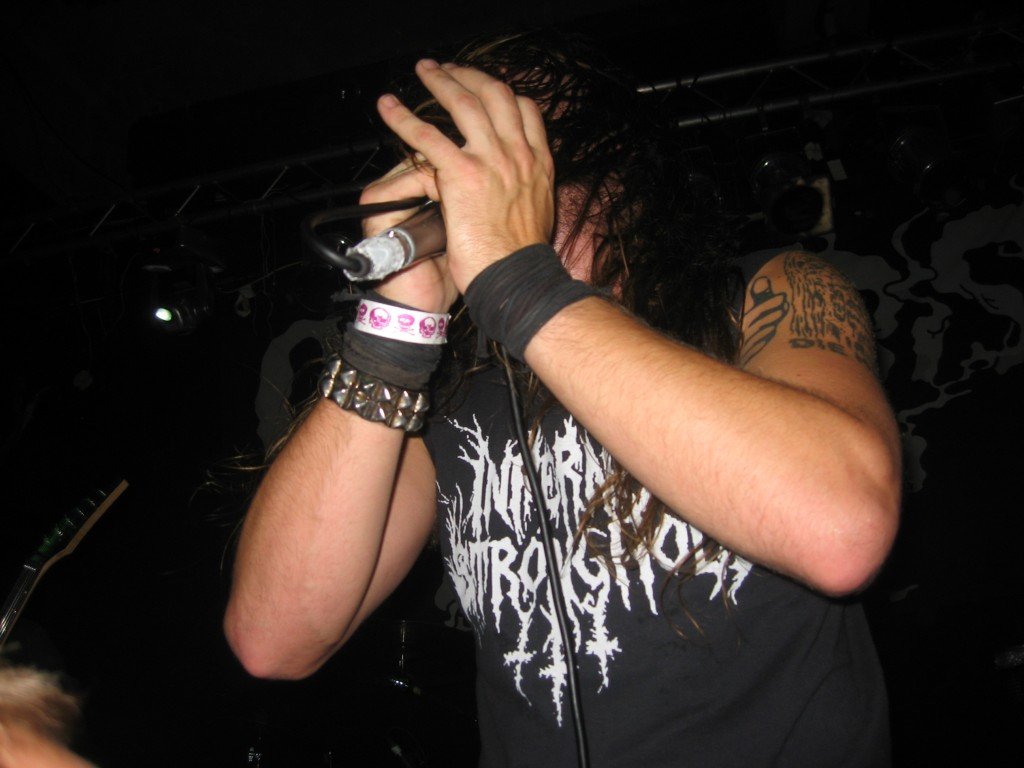