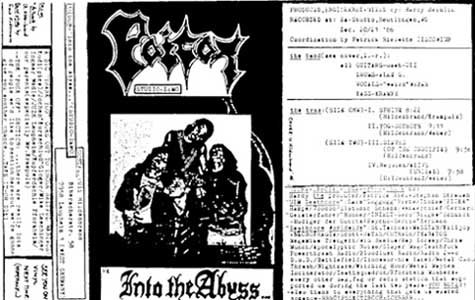 No, not that Poison. Instead, today’s demo contains the last recorded work from an evil bunch of German thrashers. For all their excellence, this band must not have given even the first third of a fuck about getting their share of the fame. If calling your band Poison in the mid-’80s wasn’t bad enough, these guys were writing long morbid epics that must have made them virtually unmarketable.

I bet you thought that would be raw and sloppy, right? Amateurishly written maybe? Wrong. Poison were true masters of songwriting. All four tracks are built from great riffs and great choruses, in the time-honoured tradition of decent thrash. But the real beauty’s in the structure. No idea outstays its welcome. Changes of pace come at just the right moment, and every transition is seamless. What’s most important, though, is it all makes sense as a whole. No, wait – what’s most important is that it utterly decimates.

Poison defy categorisation. The drumming hovers in the foggy no-man’s-land between blasting and fast thrash. Eerie clean passages occasionally break through the filth. Solos crop up, but there aren’t the usual air guitar-inducing shows of virtuosity you might expect from an ’80s thrash release, but a kind of decrepit meandering that’s closer to the lead work of Euronymous.

As this demo approaches its quarter century (!), I’m growing more amazed that no bands have truly picked up where Poison left off. We like to tell ourselves that the classic metal genres are worn out and done to death, not so the Poison approach to metal. I look forward to the day when a young band agrees to step up and take this torch. And the greatest thing is, it wouldn’t even sound retro. 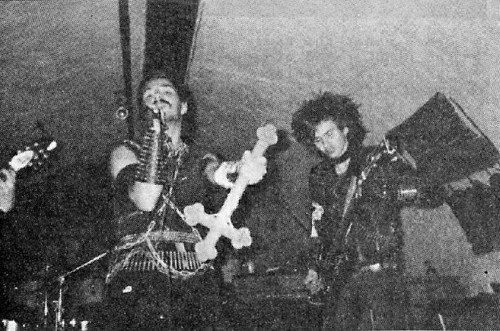