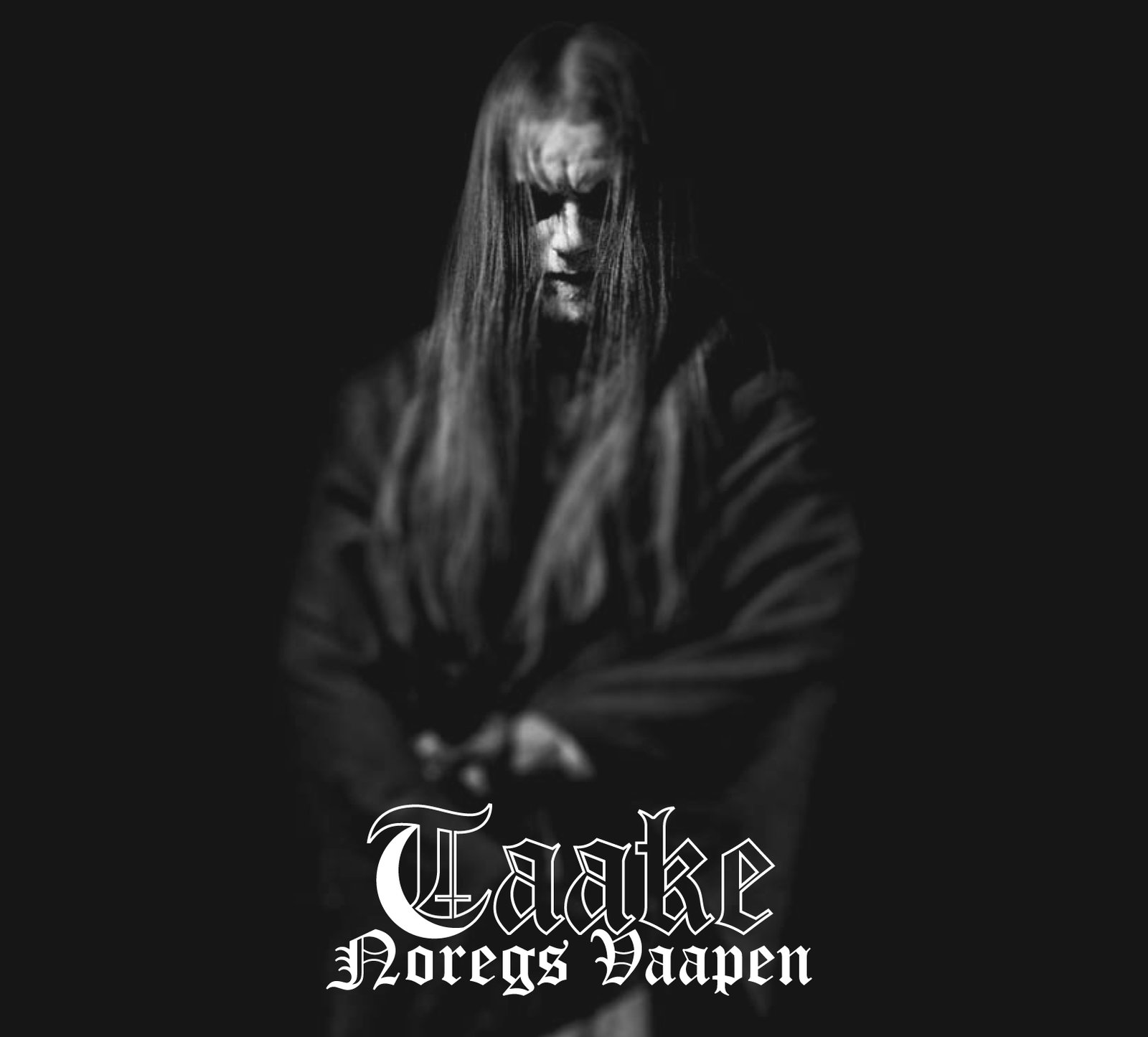 “There’s way too much black and there’s too little metal; dealing with this had me breaking my shackles!” – Fenriz, ‘I Am the Graves of the 80s’

Has there ever been a critique on modern black metal as succinct and true as this one? Darkthrone’s last LP, Circle the Wagons, smacked of dissatisfaction with the scene as it ripped through several throwback anthems to a golden age, and unsurprisingly there are others from the Norwegian brood warlusting to answer Fenriz’s call to arms. If Nocturno Culto’s (or “TED!” as he refers to himself now) guest appearance on Taake’s forthcoming Noregs Vaapen wasn’t enough, more evidence of conspiring with the forerunners can be seen in the album’s triumphant, fist-pumping tributes to the heavy metal of yore.

That’s not to say Taake never had an abundance of towering riffs before – right across Hoest’s discography bluesy monstrosities and old-school thrash passages often rear their heads amid the scathing, neo-classical black metal assaults. But on Noregs Vaapen, the seduction of pure anthemic release has proved too strong; resulting in what is hands down Taake’s best release yet.

The album is, simply put, one inspired riff after another over the course of seven generous songs, each with an irresistible and memorable character of its own. The celebrated melodic black metal that has become a trademark of Taake’s sound is back and more vibrant than ever, but never before has the band taken the opportunity to explore such catchy, accessible and epic dynamics as these.

Don’t let ‘accessible’ throw you – Taake haven’t sold out, far from it: Noregs Vaapen is too good to even consider such quibbles. But the indomitable melodies linger long after the album has faded out, and with so many contenders for riff of the year it’s very possible that we have an instant classic on our hands. Each track harbours so many moments of genius that it would be impossible to document here, but the frenzied atmosphere whipped up in their wake seem to merely set the stage for the two final pieces, ‘Helvetesmakt’ and ‘Dei Vil Alltid Klaga Og Kyta’.

The former strangely wavers on and off key before allowing pounding power chords and dingey mid-paced sections to take over, guiding the track into a captivating, sweeping passage complete with a ghoulish choir gliding over the top. Then shit hits the fan, and we are flung into a riff that makes me want to punch the sky. As a ten-minute album highlight, ‘Dei Vil Alltid Klaga Og Kyta’ rightfully takes it place as the closing chapter. The initial moments of pure Norwegian black metal do little to reveal the vast scope of the song, but the blazing tremolos proceed to worm their way through slower, depressive terrain and pummelling punk-metal abandon with equal potency. Absolutely fucking great.

Of course, no review of Noregs Vaapen would be complete without making reference to the incredible banjo cameo on the fifth track, ‘Myr’. Decisions like these always prompt a lot of chin-scratching and scepticism within the fanbase, but allow LURKER to allay any fears! It comes out of nowhere, leading an alarmingly rocking section straight into the heart of battle. That’s right, battle banjo – the best black metal solo, regardless of instrument, ever.

Noregs Vaapen is stadium black metal. It turns out that coupling Taake’s perfected folk-esque melodies with an enormous, claws-in-the-air back end was an inspired move, and no doubt many are now salivating at the news that Hoest is taking the band on a mammoth European tour to promote the album. He’s in prestigious company too: Attila Csihar (Mayhem et al) and Demonaz (Immortal) also join our beloved Ted with their own vocal guest spots. Noregs Vaapen is released on November 1 through Candlelight. Snap it up and jump on a tour date, we’ll see you at the opening London show. LURKER calls album of the year, for real this time.*

*May not actually be album of the year, but it’s going to be fighting for the top spot with the best of them.