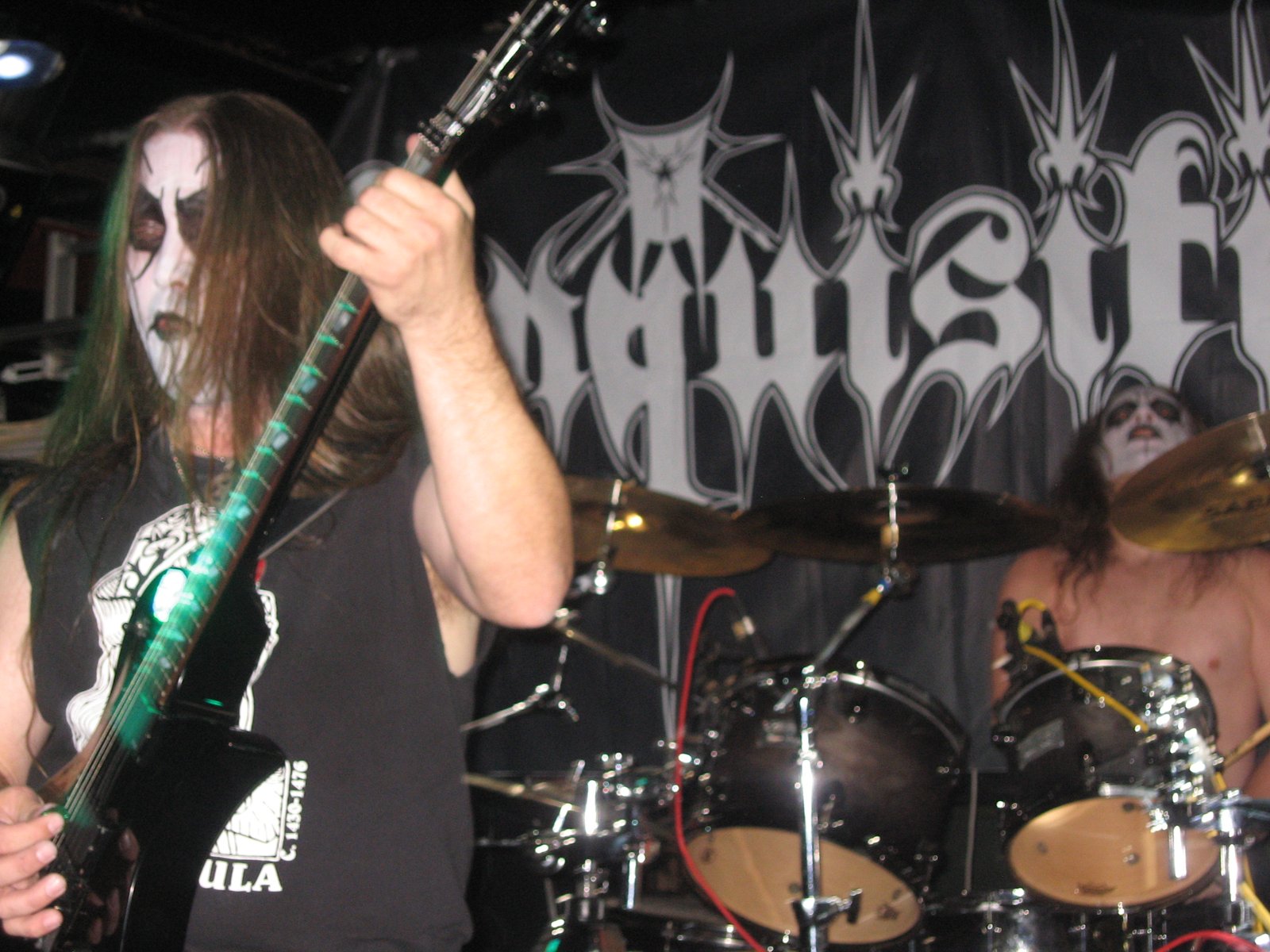 Few things in life can tempt all the UK-based Lurkers to leave our respective backwaters for the capital (‘Lonshit’, as Nick would say), but last month’s Inquisition gig had us scurrying into the depths of Islington to see a band we all share a love for. 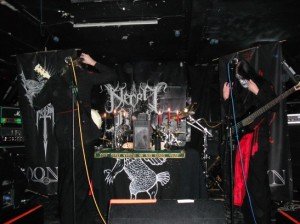 The venue ‘Electrowerkz’ was a strange enough place, and looked more used to hosting goth club nights than Black Metal shows, but once we’d finally been let in (one of the bands was an hour late and held everything up) I didn’t really care, as long as some decent metal was soon to come my way.

Openers Donn soon appeared, regaled in full Orthodox garb and bringing with them an altar equipped with a chalice, candelabra and a censer with a dead bird in it. As they struck their first notes, it became obvious that their sound setup was going to let them down. Throughout the whole set I don’t think any of us could hear a single riff, just bass and drums. The band was obviously pretty tight and there was definitely some interesting stuff going on with the rhythms, but everything else was lost in the static. I’m pretty sure I saw a pretty glossy looking CD on sale at the merch table, which they don’t seem to be promoting or selling online. Maybe this band has more up their sleeves than they let on. Either way, they’ll get a second hearing this month when we catch them with Taake. 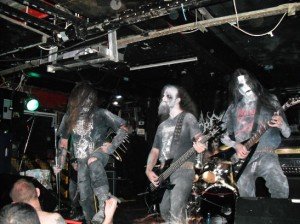 The following act Necro Ritual had a bit more luck with their sound. Delivering the no-nonsense Black Metal their name promises, the band put on a strong show. While a lot of Black Metal today is more suited to solitary listening, Necro Ritual’s music is built for a live setting. This band sounds furious enough in recorded form, but they also have the talent as showmen to reel in fans of traditional and more forward-thinking Black Metal alike.

By the time Corpus Christii appeared, we were definitely ready to see Revenge and Inquisition. 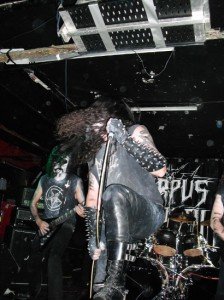 Five bands in a night is quite a slog, and when you add an hour’s delay, it’s hard for the final opening act to keep the crowd’s attention. I’d be lying, then, if I said I remembered much of the set. They did close with a really ferocious new song, so even though I’ve not been blown away by what I’d heard from these guys in the past, it may be time to give Luciferian frequencies a shot.

As for Revenge, I’d listened to their albums quite a bit, so was expecting utter, indecipherable chaos to ensue. This was not the case. Live, Revenge are scarily tight. This is a band with a serious grip on their craft, and however frantic the songs got, the closing note was always sounded in perfect unison. Revenge are also a band with some serious stamina – their set must have lasted the best part of an hour, and have left the crowd almost as exhausted as they were.

For a two-man band, Inquisition took a long time to set up, but soon made up for it. Despite the difficulties earlier bands had had with the sound system, Inquisition couldn’t have sounded better. 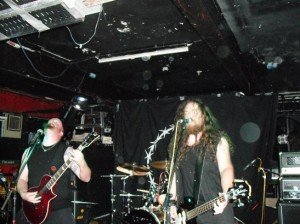 Their modest line-up is no hindrance whatsoever, and the sole guitar-work of Dagon produced some of the densest, richest and heaviest tones to come out of the speakers all night. Just as impressive were the vocals. You might think that those languid croaks would get lost in the fray, or fail to pack any power, but as Rich and I both commented, it somehow sounded as if he had a whole army singing along. This may have been because the vocal amps were placed behind us, so we were getting the echo on top, but whatever it was, it was spectacular. 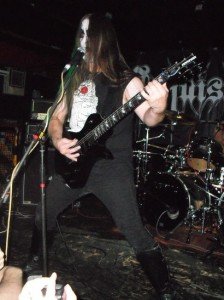 A band like Inquisition is sure to reel in many of the nation’s great and honourable metalheads, and that’s a fantastic thing. Sadly, there was also no dearth of twats present, and it does suck when you’re constantly distracted by moshbros vying for pit supremacy. Getting kidney-punched by some ear-biting cretin in a wifebeater is never going to be a gig highlight. But fuck it, Inquisition were incredible. It was great to meet a bunch of nice people and, in Rich’s case, to have picked up the ultra-deluxe Ominous Doctrines vinyl. Five bands was far too many, but it’s all the more credit to Inquisition that 5+ hours after we first set foot in the venue they could still utterly blow us away. Come back soon, guys, and this time make sure we get to hear ‘Desolate Funeral Chant’.